After destroying the Taira garrison at Mikusa, Minamoto no Yoshitsune divided his force. 7,000 men under his senior lieutenant Doi no Jiro Sanehira made a diversionary attack against the western wall of Ichi-no-Tani while Yoshitsune led 3,000 cavalry into the steep hills that formed the northern border of the fortress, and which the Taira had believed were impassable. With the aid of a local guide, Yoshitsune discovered Hiyodori Ravine, a precipitous, treacherous defile that cut through the cliffs directly into the unprotected rear of Ichi-no-Tani. Confident despite the reservations of his men, Yoshitsune ordered a reckless charge down the ravine, and reached the bottom successfully. The Minamoto attacked the surprised Taira and set fire to the camp buildings.
The stage is set, the battle lines are drawn, and you are in command. The rest is history. 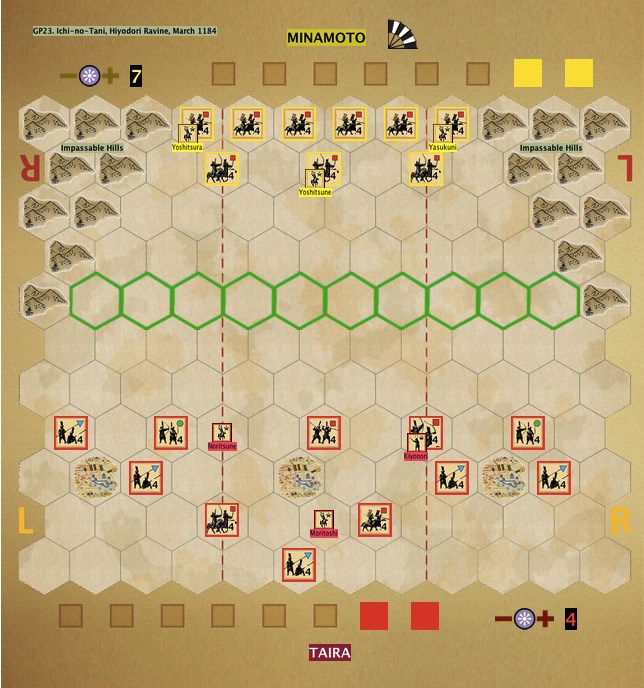