Taira no Tomomori led the eastern defense of Ichi-no-Tani against the attack of the main Minamoto army. The Taira were strongly positioned both on the wall and in advance shield wall and abatis fortifications in Ikuta Wood. Individual Minamoto samurai first attacked these positions in demonstrations of personal courage. Minamoto no Noriyori’s senior commander, Kajiwara Kagetoki, then ordered the general assault, led by his sons. In furious fighting, some Minamoto samurai penetrated the fortress but in numbers insufficient to press the attack, and were driven back by determined Taira resistance. With neither side able to gain an advantage, the fighting around the wall and in the wood ground into a bitter, bloody stalemate.
The stage is set, the battle lines are drawn, and you are in command. The rest is history. 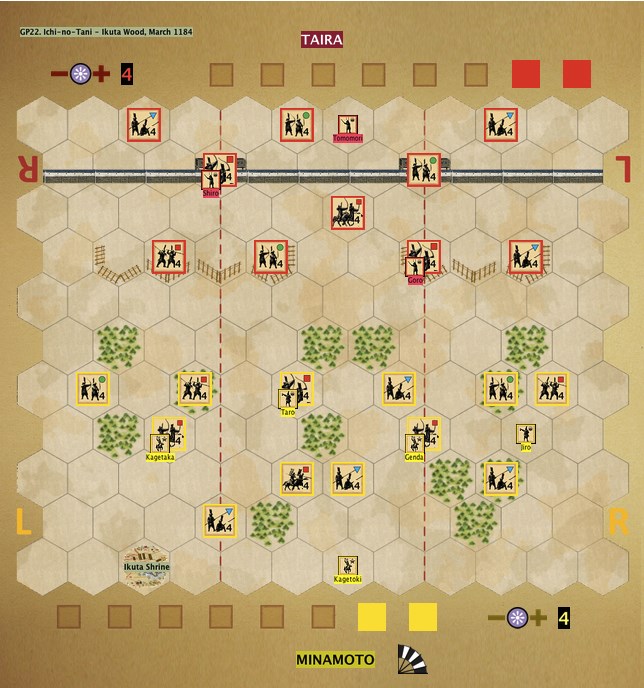