In response to Go-Shirakawa’s demands that he curb the depradations of his soldiers in the capital, Minamoto no Yoshinaka launched an assault on the retired emperor’s residence in the Hojuji Temple complex. A mixed force of imperial guardsmen, courtiers, monks and peasants hastily converged on Hojuji to defend Go-Shirakawa and the baby titular emperor Go-Toba, who was also in the residence there under his grandfather’s care.
The imperial force put up stiff resistance within the walls of Hojuji, until the Minamoto set the residence on fire with flaming humming bulbs. A strong, cold winter wind fanned the flames and the defenders fled in confusion in all directions. Under arrow fire, Go-Shirakawa was shepherded by his attendants back across the Kamo River to safety in the Gojo Palace, while Go-Toba was carried to the refuge of an island on an imperial garden lake. Others were not so fortunate. In the chaos of smoke and battle, hundreds of fleeing people were hunted down and killed by Yoshinaka’s troops, among them senior imperial ministers and clergy.
The stage is set, the battle lines are drawn, and you are in command. The rest is history. 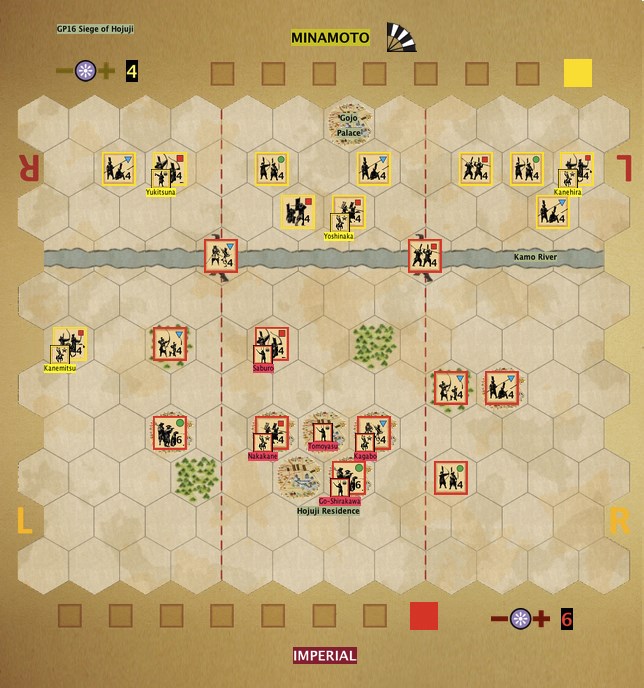