After having learned that his uncle Yukiie had betrayed his plans to retired emperor Go-Shirakawa, Minamoto no Yoshinaka abandoned his intended invasion of the Taira base at Yashima and returned to the capital. Yukiie fled south. Possibly hoping to assuage his nephew’s anger, he gathered a small force and attacked the main Taira army where they were mustering near Mount Muro in Harima Province.
The Taira were divided into five camps, each of which allowed the Minamoto to pass unimpeded as Yukiie recklessly charged through them. The Taira then surrounded the Minamoto and destroyed them. Despite the rashness of the attack and the precarious position in which he had placed himself, Yukiie fought ferociously and managed to escape with a small remnant of his men, eventually making his way to safety at Nagano in Kawachi Province.
The stage is set, the battle lines are drawn, and you are in command. The rest is history. 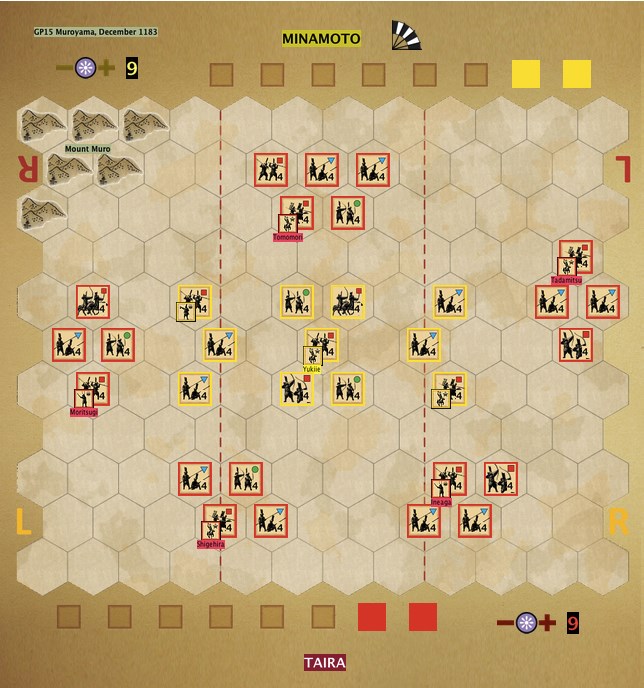