After the disaster at Kurikara Gorge, the Taira army retreated south. Minamoto no Yoshinaka was following hard and caught up with the Taira where they had made camp at Shinohara in Kaga province. Samurai of the two armies engaged in a number of one-on-one duels and formalised small group engagements, which escalated into a full battle. The Taira were defeated again and many of their noteworthy samurai killed. The road to the capital lay open for Yoshinaka.
The stage is set, the battle lines are drawn, and you are in command. The rest is history. 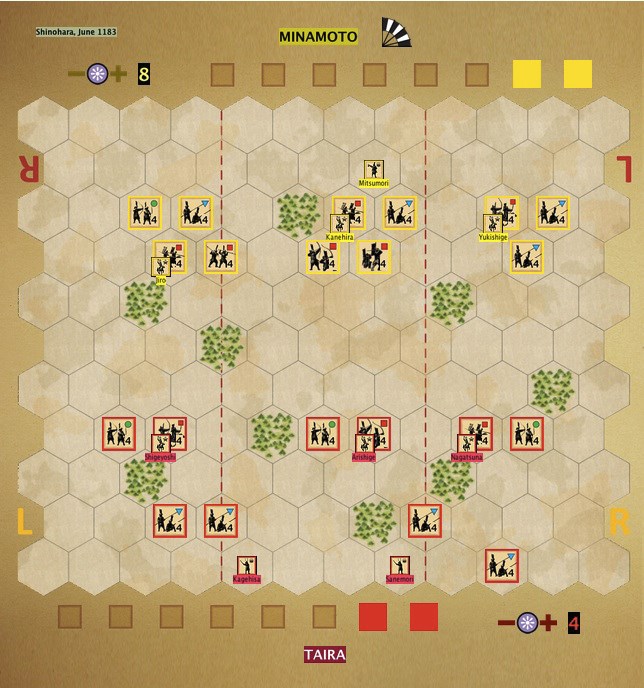