After victory at Kurikara Gorge, Minamoto no Yoshinaka was concerned about the division he had sent north into Noto province under his uncle Yukiie to engage a Taira flanking force.
Yoshinaka took half his cavalry and crossed the mouth of the Himi River, where he found Yukiie and his troops beaten and in retreat. Yoshinaka immediately charged with his fresh troops into the Taira force and defeated them. In the fighting Tomonori, one of the Taira commanders and youngest son of Kiyomori, was killed.
The stage is set, the battle lines are drawn, and you are in command. The rest is history. 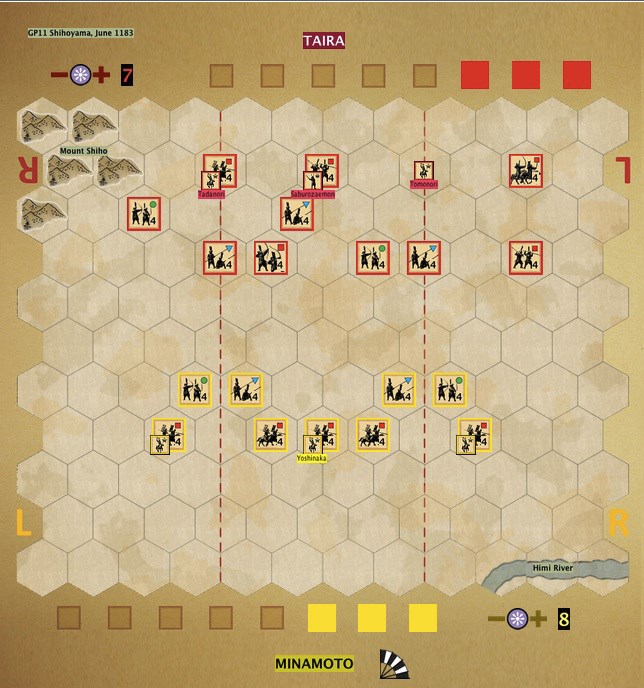 Victory
5 Banners
1 Victory Banner for each Leader or Unit eliminated.