In response to the growing power and victories of Minamoto no Yoshinaka in the north, the Taira raised a large army under the command of Taira no Koremori, and marched in the direction of Shinano province. The first enemy they encountered was a forward Minamoto garrison in Echizen province. Here the Minamoto had built the Hiuchi Fort in a formidable position among inaccessible crags. They had further added to the defenses by diverting the nearby Nomi and Shindo Rivers with a weir of felled trees to create a shallow lake before the fort.
The Taira camped before the lake for days, with no plan for how to cross it, until one of the defenders, abbot Saimei of Heisenji, betrayed the garrison by sending the Taira a secret message telling them about the weir. The Taira dismantled the weir and waited for the lake to drain. They then charged the fort and drove off the outnumbered defenders.
The stage is set, the battle lines are drawn, and you are in command. The rest is history. 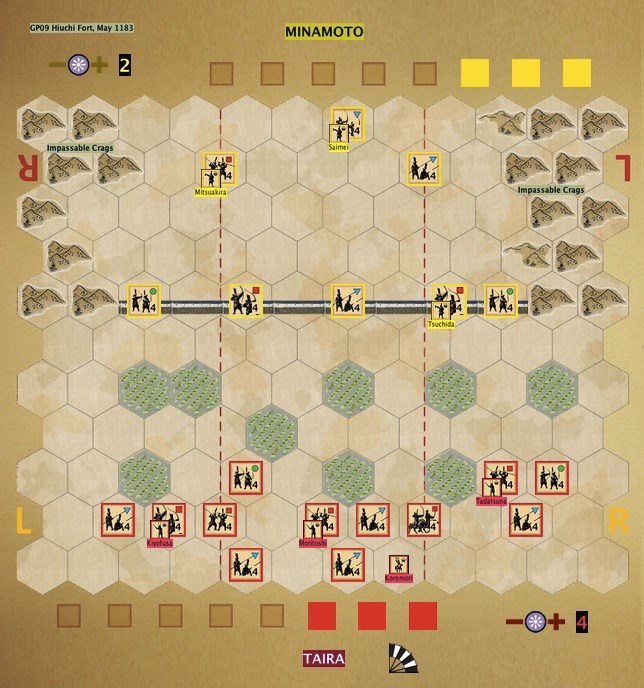