The Taira launched a punitive assault on the monks of Miidera for the part they had played in Prince Mochihito’s rebellion. The attack was led by Taira no Kiyomori’s fifth son, Shigehira. The monks prepared a defensive line of moat, wooden shields and an abatis of felled trees. Three hundred monks died in the initial dawn assault. The Taira then waited until nightfall and stormed the defensive works in the dark, putting the temple buildings to the torch. Miidera was destroyed and the surviving monks were exiled.
The stage is set, the battle lines are drawn, and you are in command. The rest is history. 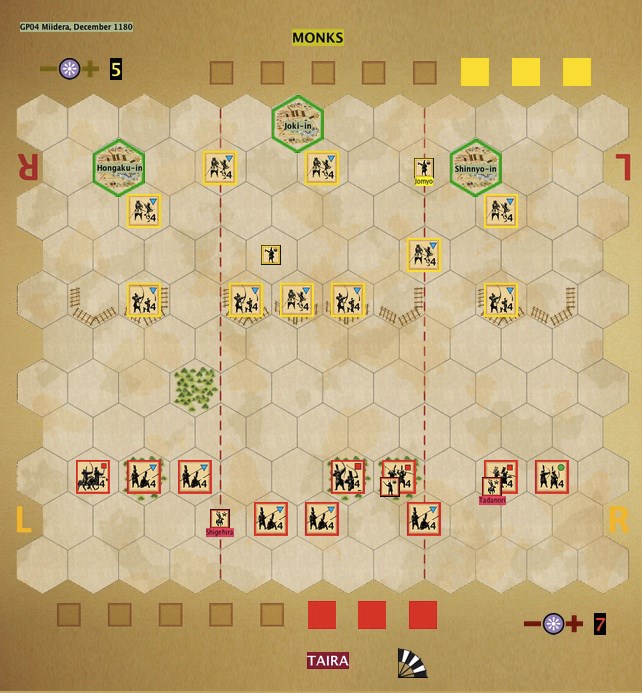