Outraged by the depradations of a governor against one of their provinicial temples, the monks of Enryaku-ji marched down from Mount Hiei into the capital, headed for the palace. With them they brought three omikoshi, sacred palanquins bearing images of the mountain deities, intended to strike fear into the Imperial Court. Diverted from the lightly defended North Gate of the palace by a show of piety from its commander, Minamoto no Yorimasa, the monks attempted to force their way through the eastern Taiken Gate, defended by Taira no Kiyomori’s eldest son, Shigemori. Here they were met not with reverence and fear, but arrows, many of which struck the omikoshi. After many monks were killed, the others fled, abandoning the omikoshi before the gate.
Although a shocking display of sacrilege, this incident was also a first demonstration of samurai resistance to the political and military power of the temples, particularly on the part of Kiyomori and the Taira. It was a harbinger of things to come.
The stage is set, the battle lines are drawn, and you are in command. The rest is history. 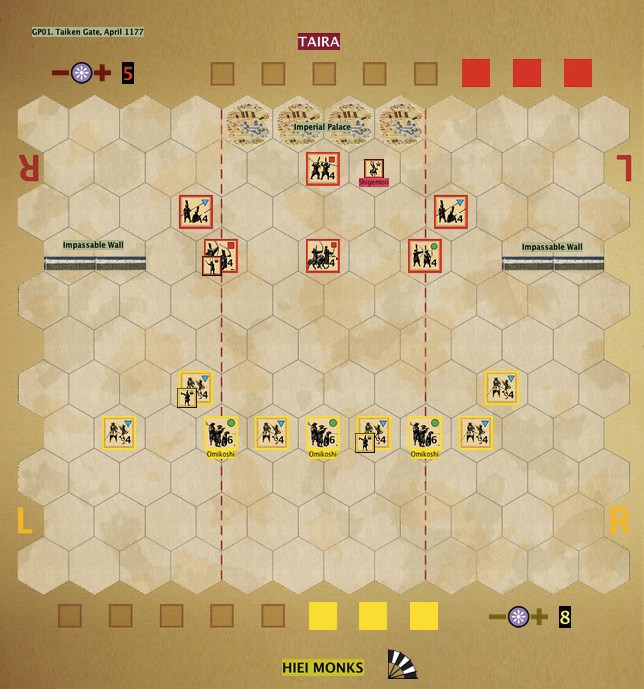