HISTORY DETAILS
As the Tokugawa army was making their way across the river in pursuit of the remaining Osaka forces from the Heights of Komatsuyama, the fog cleared to reveal the entire Osaka army still blundering forward. On the Osaka left was Susukida Kanesuke. Susukida, who was in disgrace at the time of the battle, charged forward near the tomb of Emperor Ingyo and fought valiantly and died in an attempt to redeem his honor. Fighting is also fierce on the right, where Date Masamune, in the area of Emperor Ojin's Tomb, attacked Sanada Yukimura, in command of the Osaka Army. Having lost two powerful leaders, Sanada Yukimura decided to retreat towards Osaka Castle. Tokugawa Tadateru, the sixth son of Tokugawa Ieyasu, is given the order to pursue Sanada's force, but refuses to obey and the Osaka army withdrew in fairly good order.
The stage is set, the battle lines are drawn, and you are in command. Can you change history? 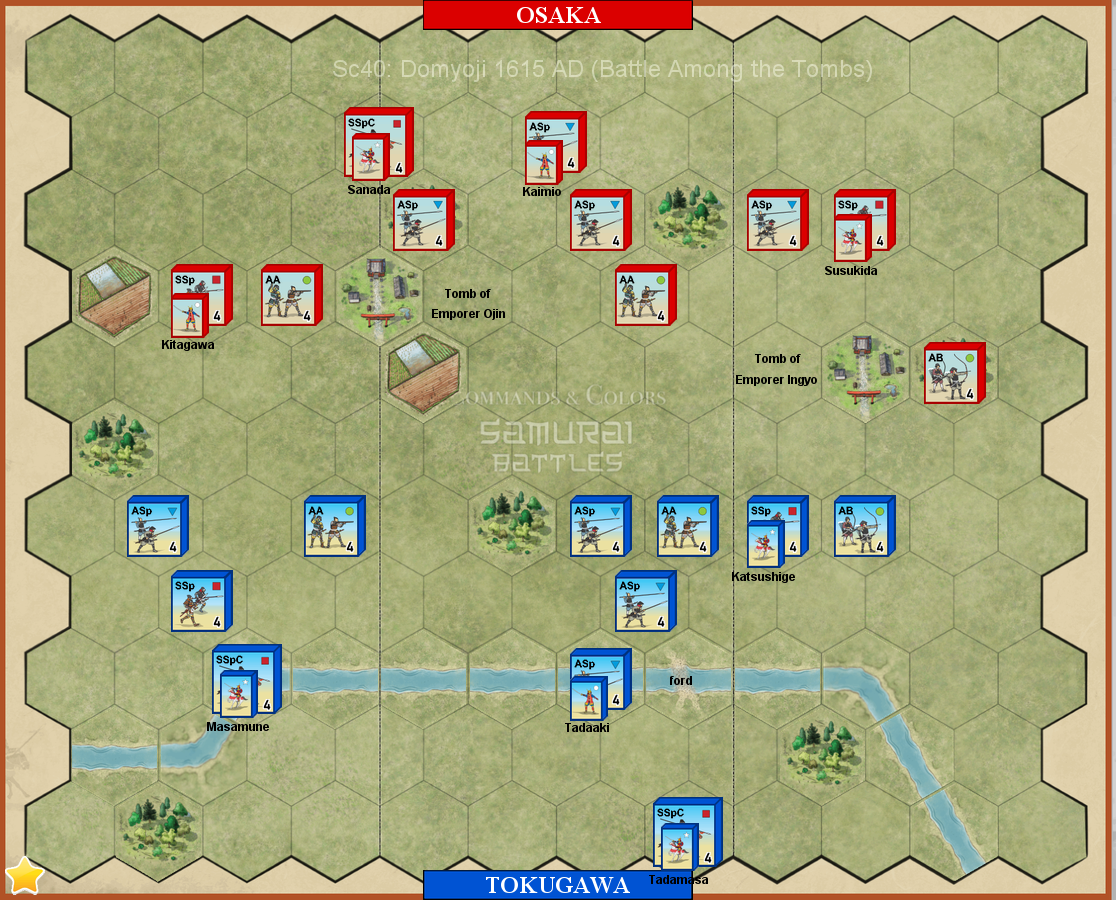 Special Rules
* The Ishikawa River is impassable except at the three river fords.
* The building terrain hexes represent tombs and are treated as impassable terrain in this battle.

Discuss this article
Log in to comment
Posts in discussion: G40 DOMYOJI 1615 AD (Battle Among the Tombs)