Written by Mark McG. Posted in Campaigns of the Takeda clan

HISTORY DETAILS
After his retreat to Hamamatsu castle, the Takeda army leaders suspected a trick and did not attack the castle, when they saw the open castle gate, light of the fires and heard the Tokugawa drums. The army, instead, pulled back and set up camp near Saigadake. That night, a volunteer Tokugawa force was gathered and attacked the Takeda camp.
After a short exchange, the volunteer force retired as planned. The Takeda soldiers followed, but not knowing the area were led to a deep ravine and onto a dummy bridge covered in cloth. Scores of Takeda soldiers fell into the ravine and were cut down.
The stage is set, the battle lines are drawn, and you are in command. Can you change history? 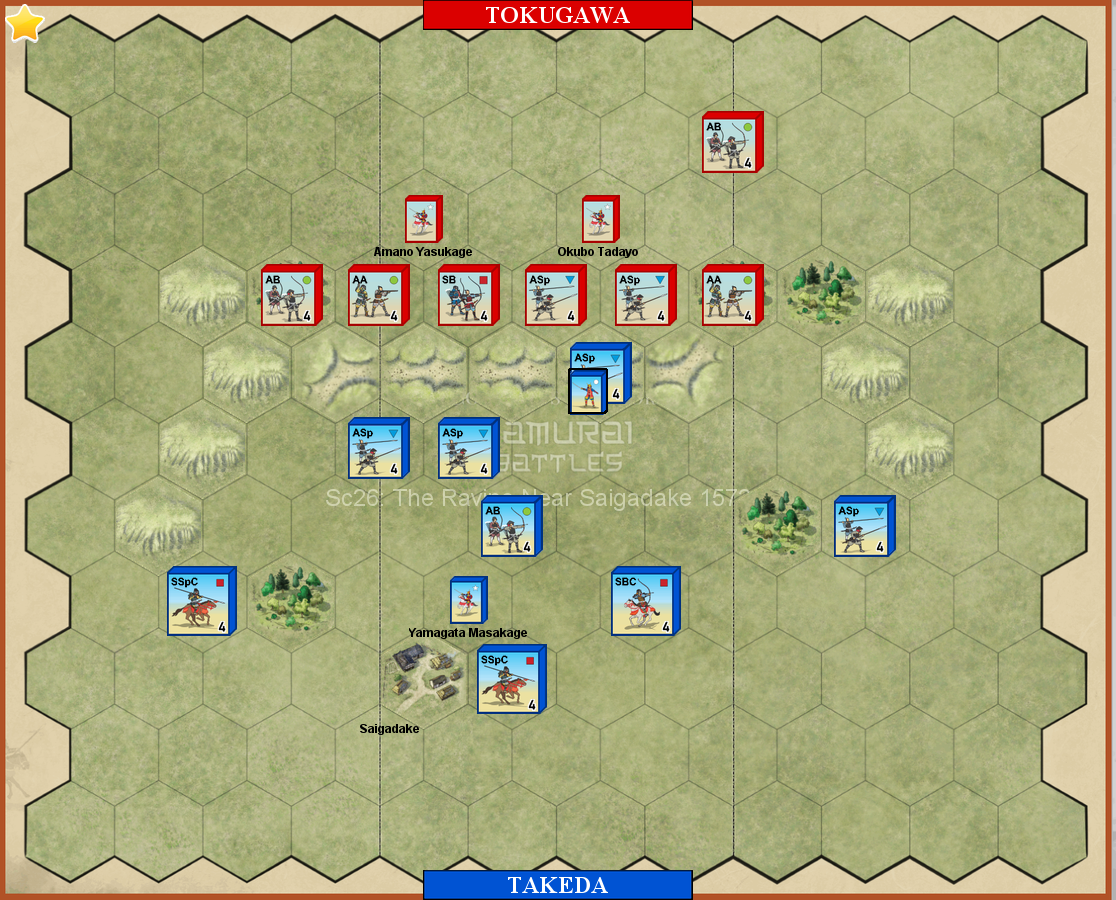