In 1548 Oda Nobuhide led an army into Mikawa, his objective being the Matsudaira’s capital city of Okazaki. Matudaira’s young lord, Hirotada, turned to Imagawa for assistance and agreed to provide his only son as a hostage in return for help, but the child was abducted by the Oda in route. Imagawa Yashimoto still fulfilled the bargain and called on his uncle, monk-general Taigen Sessai, to march out to meet Nobuhide. Sessai set up an ambush of sorts and although the fighting was desperate, Nobuhide was defeated and thus avenged the earlier loss at the same sight some six years previously.
The stage is set, the battle lines are drawn, and you are in command. Can you change history? 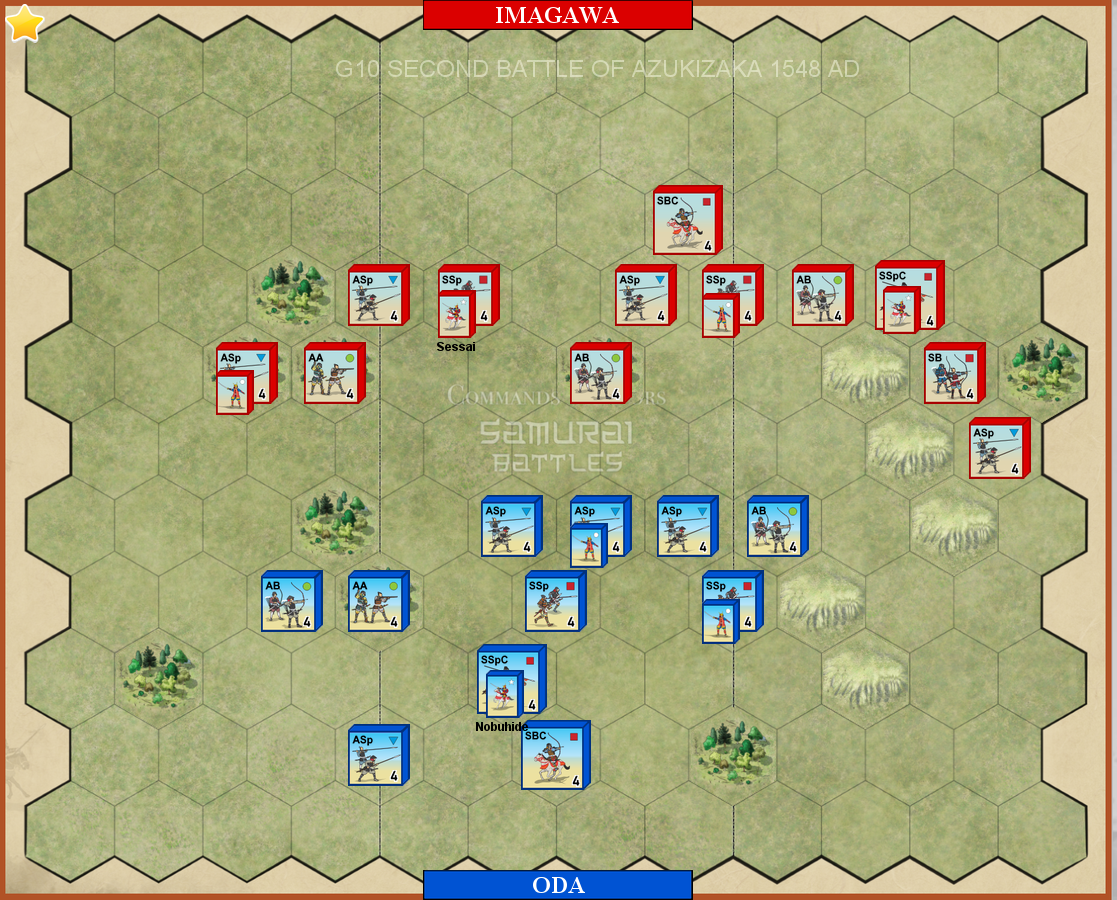 Victory
6 Banners
* 1 Victory Banner for each unit or leader eliminated.

NightOwl3 replied the topic: #821 8 months 1 week ago
Complete rout by Red. His Cav unit had 5 kills which included a leader. Red wins 6-1. Nothing Blue tried could even get a hit on that Cav. unit.
Read More...