In 1545-1546 Uesugi Tomomasa, with the assistance of his powerful relative Uesugi Norimasa and the Kamukura shogun, Ashikaga Haruuji, besieged the strategically important Kawagoe Castle, then held by the Hojo clan. Despite an overwhelming attacking force, numbering around 85,000, the 3,000 men in Kawagoe Castle's garrison, led by Hojo Tsunashige, held out until a relief force arrived. That relief force, numbering only 8,000, was led by Tsunashige's brother, Hojo Ujiyasu. A single warrior was sent to sneak past the Uesugi siege lines to inform the garrison of the relief's arrival. Though still strongly outnumbered, ninja spies informed the Hojo forces that the attackers, Ashikaga Haruuji in particular, had relaxed their vigilance due to their overconfidence in victory.
The Hojo tried a risky tactic, coordinating a night attack between the garrison and the relieving force. The Hojo samurai were ordered to leave behind any heavy armor, which would slow them down and perhaps reveal their position, and were forbidden to take the heads of their defeated enemies, denying themselves much honour. The Uesugi were totally surprised, thrown into confusion, and routed. This was Hojo Ujiyasu’s greatest victory and one from which the Uesugi never recovered.
The stage is set, the battle lines are drawn, and you are in command. Can you change history? 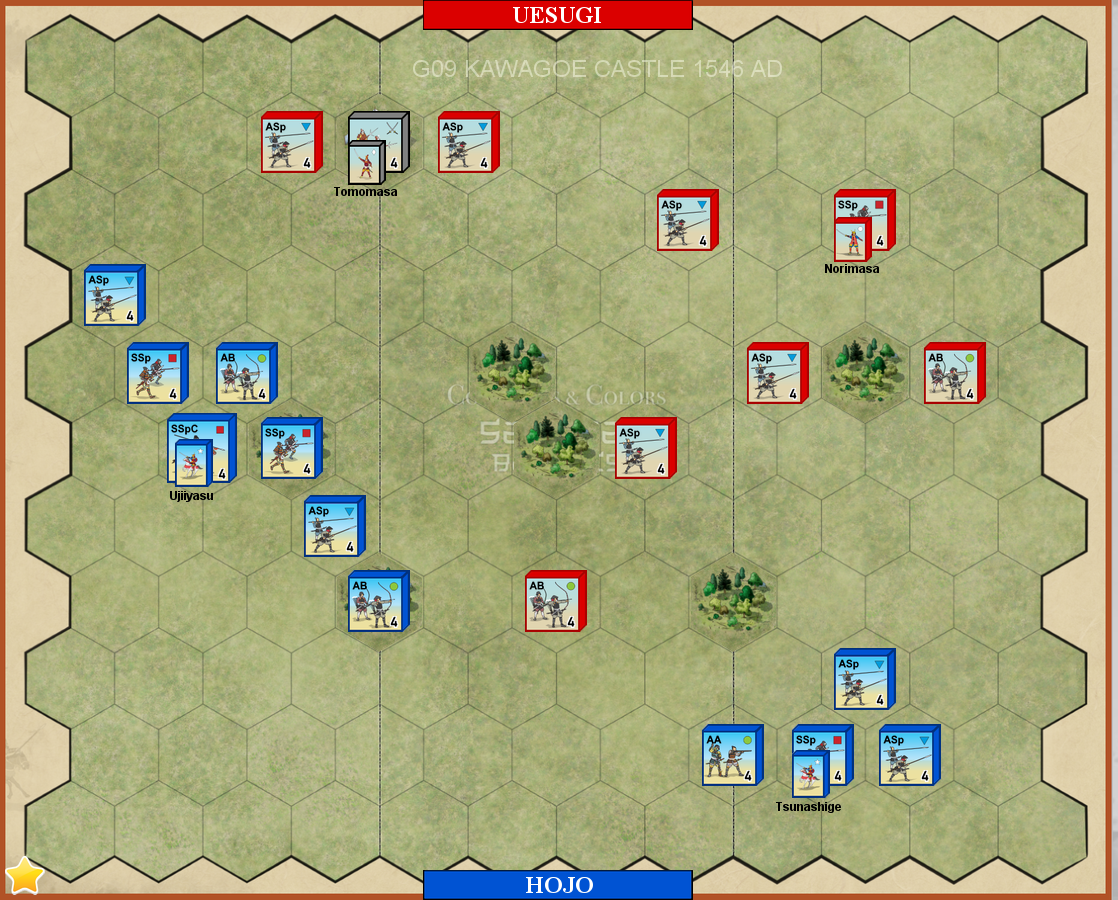 Victory
5 Banners
* 1 Victory Banner for each unit or leader eliminated.
* If your unit occupies the enemy's Command Tent at the start of your turn, the camp (Command Tent) hex is removed from the battlefield. The capture of the enemy Command Tent is worth 3 permanent Victory Banners. When your command tent is removed, you must discard one of your Command cards at once, selected at random.