In this section there is a brief recap of the engagement.

After almost a generation without trouble, a small task force from the Commonwealth Alliance and Rebel Confederation came face to face in a distant uncharted sector of space. Both commanders reported that the other side fired the first volley; but it didn’t matter because war had arrived. The Commonwealth Alliance kicked their propaganda machine into overdrive and managed to label the Confederation as the aggressors, branding them as rebels. The High Consuls of both factions had known this day would come and had prepared accordingly. Building on similar technology after the joint effort to defeat the Krawl invasion, neither faction could claim a military advantage. It therefore seemed that the task force commanders deployed in the near and far reaches of the galaxy would determine victory. The battle lines are drawn and you are in command. The rest is history? 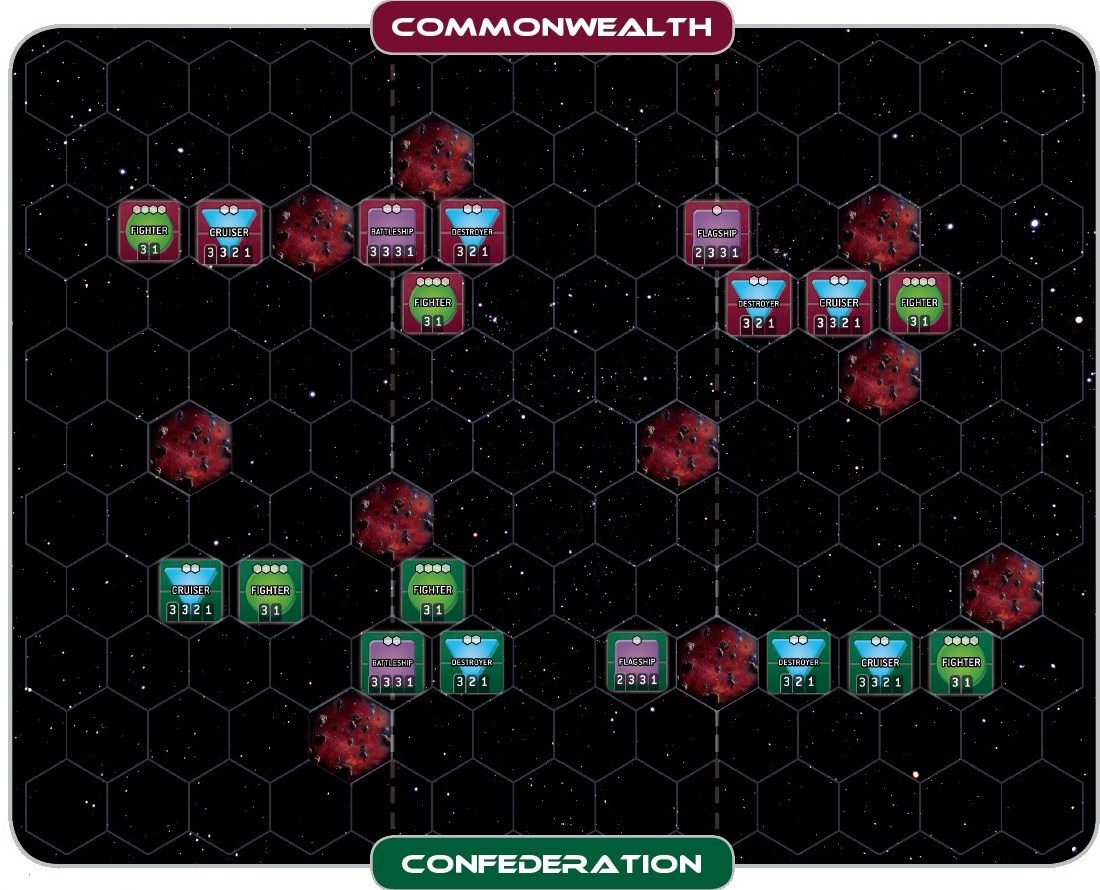 This section states the number of command & combat cards and star tokens to take at the start of the battle.

This is the number of victory points needed to win the battle.

Any special scenario rules and notes regarding objective victory points will be listed in this section. In this first scenario, there are only a few special rules.