The Twin Sisters sector is a very crowded piece of space. With two planet systems of similar sizes and an unstable asteroid field that hangs between the two planets, neither faction has dared to venture into the sector to date, but now it seems that the risk may be worth the expected rewards. The two known planets near the asteroid field are believed to be void of any life. The battle lines are drawn and you are in command. The rest is history? 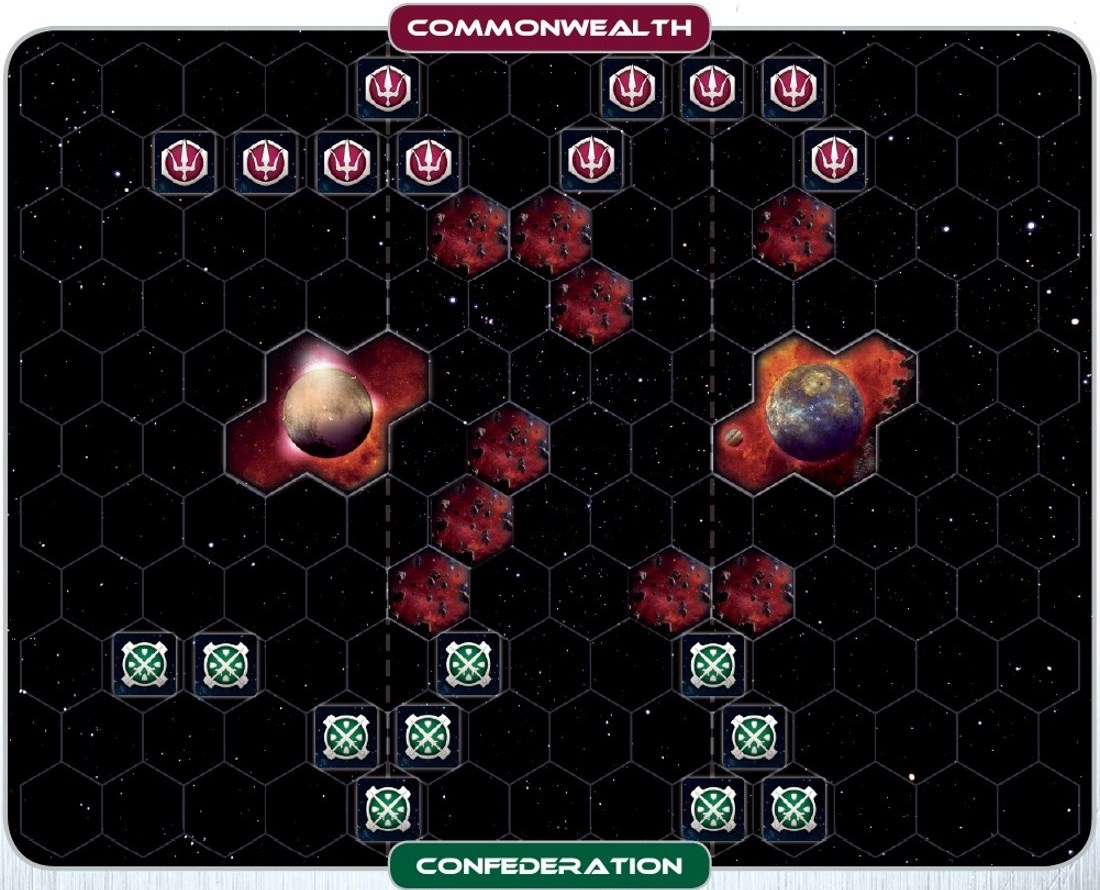 21 victory points, or the elimination of 8 opposition