The Rebel Confederation is on the run and only a small rearguard stands in the way of the Commonwealth clearing the rebels from the Cardinal’s Belt once and for all. No quarter, no mercy is the order of the day, but the outgunned Confederation commander is an experienced foe.
The battle lines are drawn and you are in command. The rest is history? 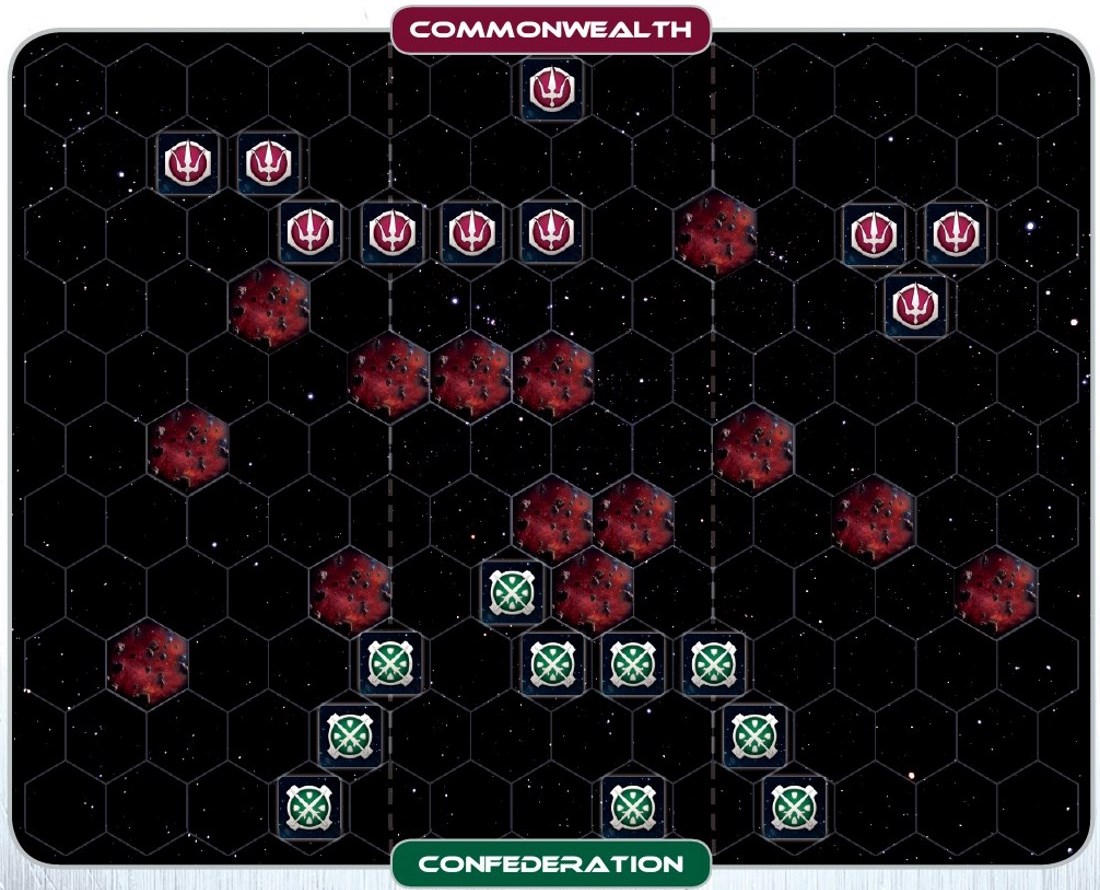