The fighting in the eastern-most sector of the Cardinal’s Belt has flared up again. Both factions have come to realize that sending additional units to the sector is pointless; however, neither faction is willing to give up this sector of worthless rock. The order of the day therefore is: Clear the enemy from the sector and break through.
The battle lines are drawn and you are in command. The rest is history? 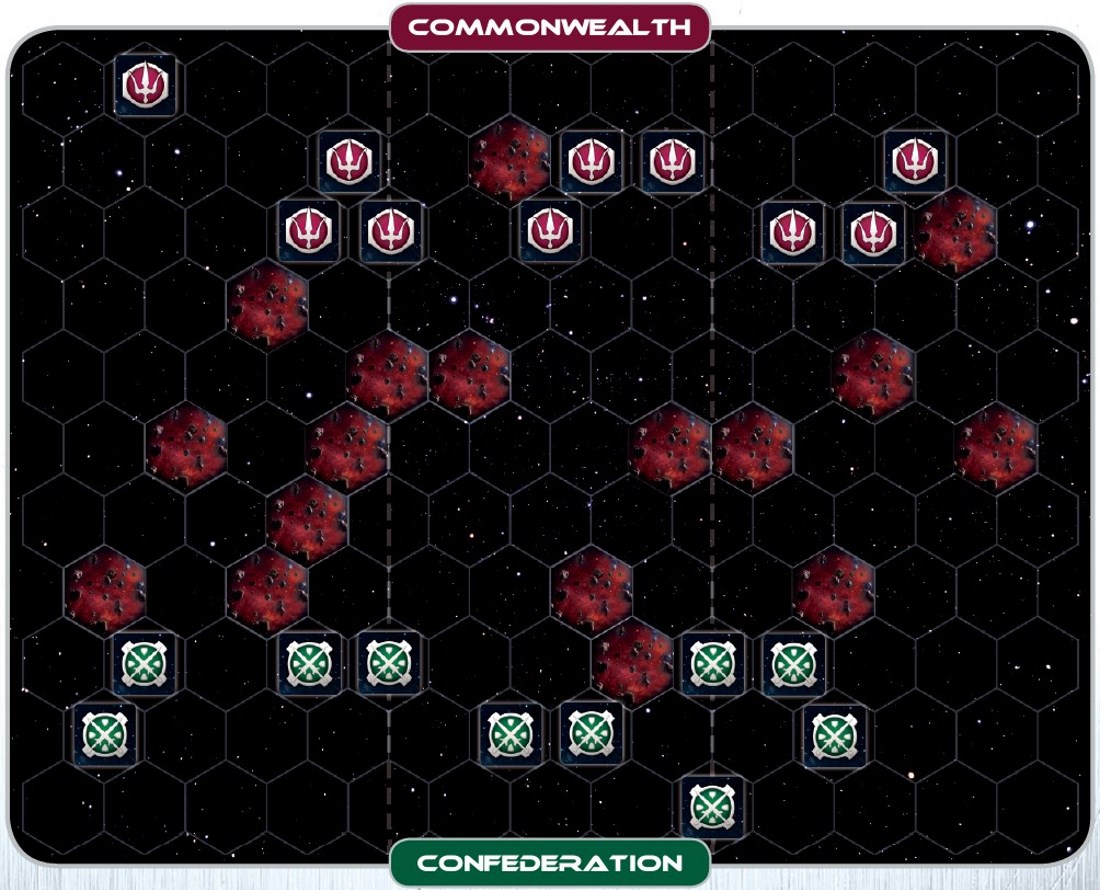