This region of the Triangulum system has two very large planets, and negotiations are already well underway with the officials on the larger planet of Kale. The enemy has also sent an ambassador to the planet in the hope of gaining the support of the Kale officials. We only have a small force of ships near Kale. The remaining ships from the task force are deployed near Kale’s sister planet Lyra. The time for negotiations may have passed and if they break down, we are ready to strike and destroy the enemy and take over the two planets by force.
The battle lines are drawn and you are in command. The rest is history? 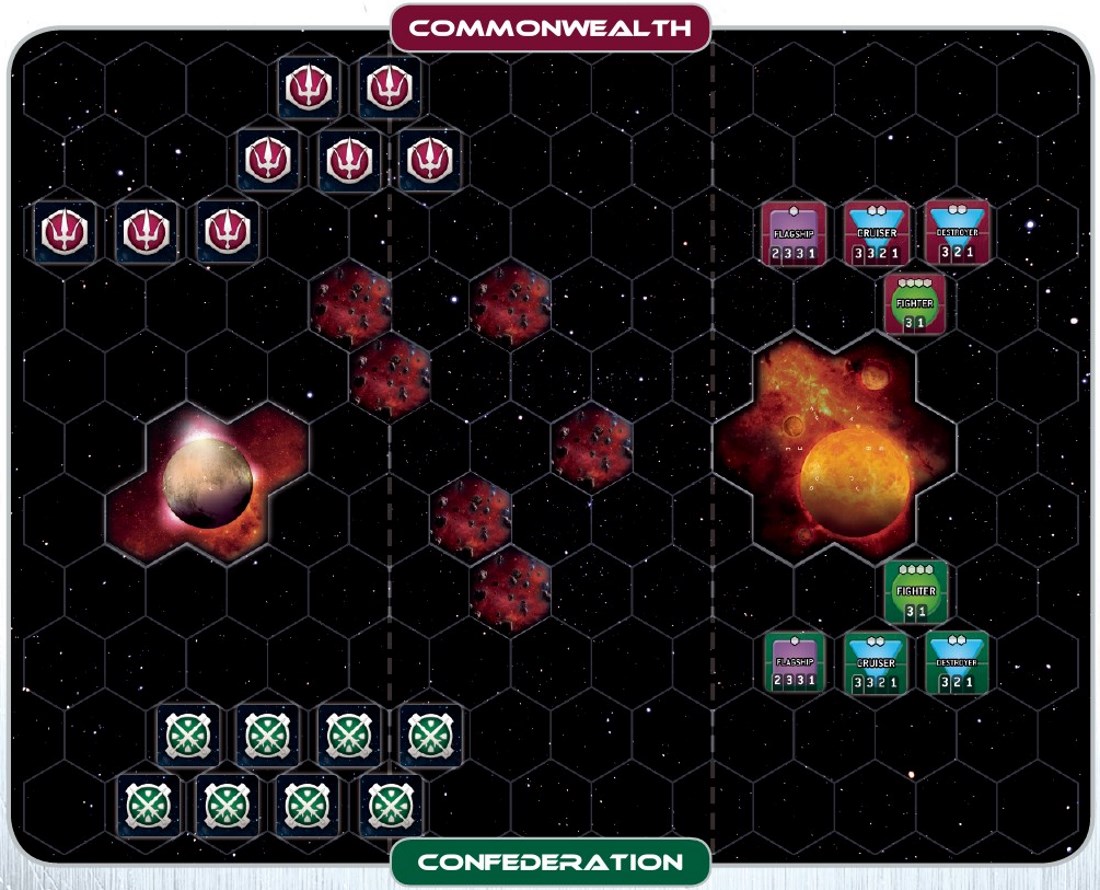