Spies have reported that there is a pre-war supply base in the sector. The report did not state its exact location, but intelligence places the base near the enemy deployment. Your orders are to break the enemy line of battle and, once the opposition line is broken, locate the supply base and occupy it. The enemy, it also seems, is aware of the supply base, but intercepted transmissions report they also do not know its exact location.
The battle lines are drawn and you are in command. The rest is history? 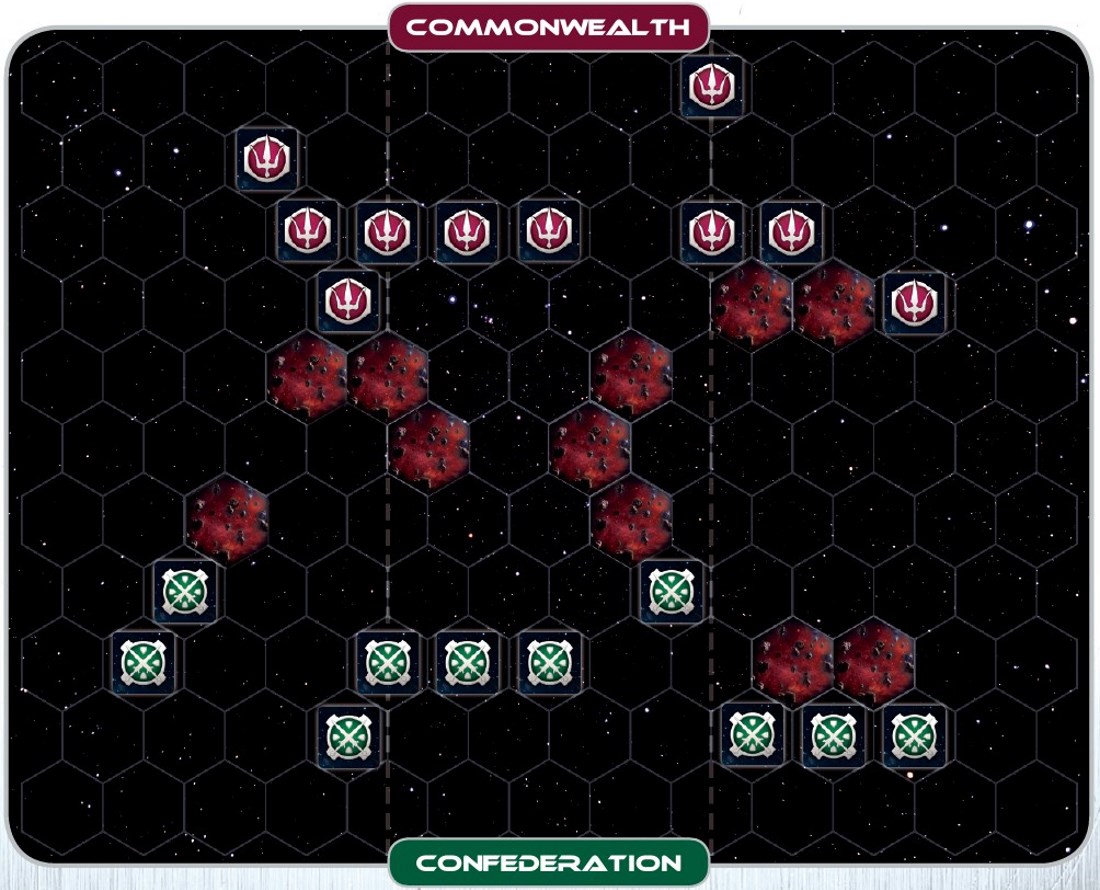