Historical Background (Imaginary scenario for initiation - The newcomers play the French side)
Somewhere near the border between Spain and Portugal took place a forgotten battle between a French division of 4000 soldiers and an Allied division of 3500 British and Portuguese soldiers. This battle had no winner and had never been recorded by any nation but some few individual reports.
The stage is set. The battle lines are drawn and you are in command. Can you change history? 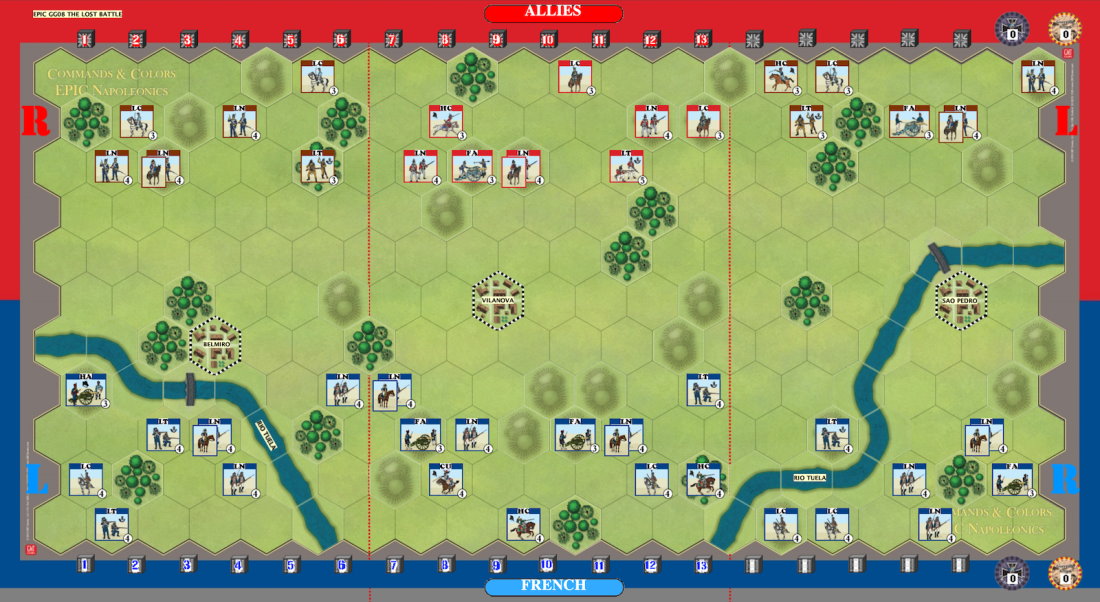 • Use this battle to teach two new players and give them the French side.

• Just use the 75 GMT deck or add the Tactician cards if you want.

• The river Tuela is fordable.

There is no man more pusillanimous than I when I am planning a campaign. I purposely exaggerate all the dangers and all the calamities that the circumstances make possible. I am in a thoroughly painful state of agitation. This does not keep me from looking quite serene in front of my entourage; I am like an unmarried girl laboring with child. Once I have made up my mind, everything is forgotten except what leads to success.~Napoleon