Historical Background (Imaginary scenario for initiation - The newcomer plays the French side)
Somewhere near the border between Spain and Portugal took place a forgotten battle between a French division of 4000 soldiers and an Allied division of 3500 British and Portuguese soldiers. This battle had no winner and had never been recorded by any nation but some few individual reports.
The stage is set. The battle lines are drawn and you are in command. Can you change history? 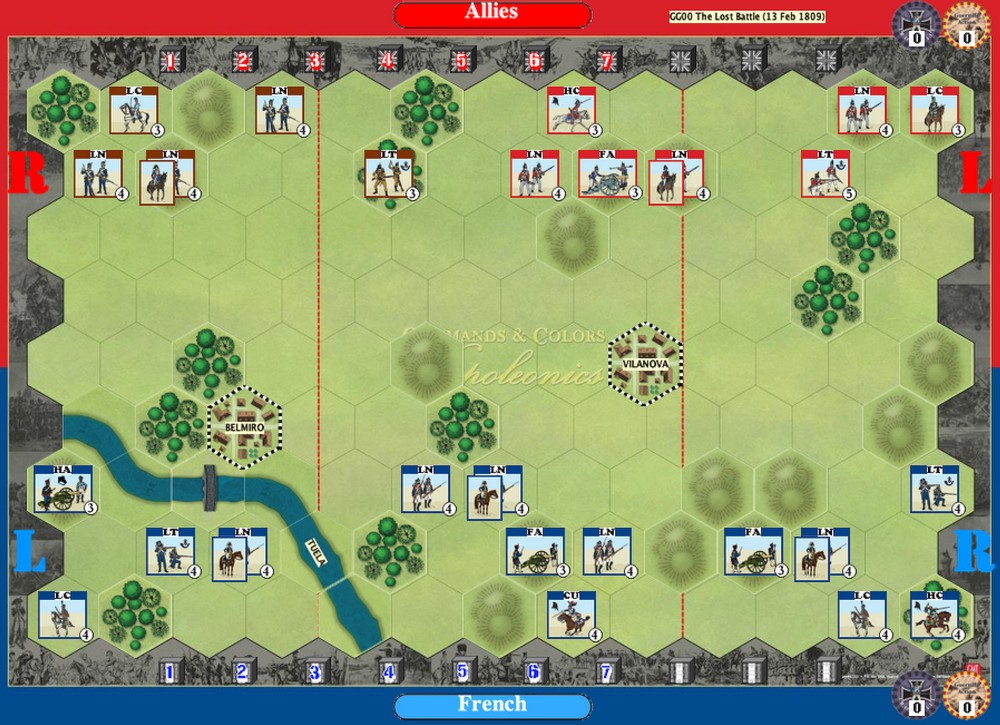 • Use this battle to teach a new player and give him the French side.

• Just use the basic 70 deck and don't use any Tactician card.

• The river is fordable.

GG replied the topic: #6438 2 years 7 months ago
This is the only scenario that I want to be unbalanced: I want the newcomers to win it (on the French side) most of the time! LOL
Read More...

Between a battle lost and a battle won, the distance is immense and there stand empires.~Napoleon