BACKGROUND
The Battle of La-Rothière, fought on the 1st of February 1814, about five miles south of Brienne, where Napoleon had won an inconclusive victory against Blucher's Army of Silesia just three days before.
Following Blucher through La-Rothière on the 30th in order to keep an eye on the enemy's movements, Napoleon bided his time to await further developments, but the heavy snowfalls hindered his intelligence through this period. He was unaware of the danger, that during this time, the Allies, having linked up near Trannes were in the very process of launching an all out attack against him.
By the 1st, Napoleon had at last made up his mind. He would fall back to Troyes. At 10:00 am, he gave the orders for a general withdrawal, Ney setting out immediately via Lesmont with his three divisions of the Young Guard. Marshal Marmont was ordered to occupy Lesmont itself. As the snow fell from the cold grey sky, the unexpected then happened; Marshal Victor reported that strong enemy columns were marching upon Brienne and Napoleon decided to stand his ground and accept battle in order to clarify whether it was a major attack or just a bluff while the axe fell elsewhere. With his army barely 40,000 strong, Napoleon's decision had placed the French army in great peril, but with the enemy column's rapidly closing, it had become too late to withdraw. 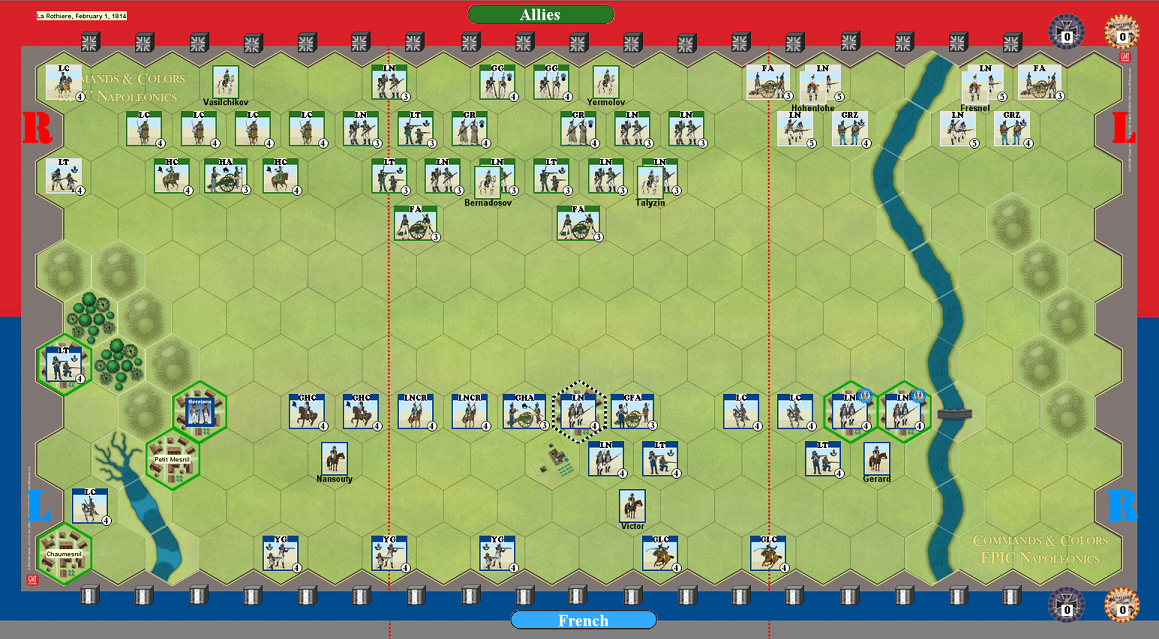 The French are close to the brink in this situation, and I'm surprised at how the scenario blows out in Victory Banner results. The sense I get is the French cavalry manage to defeat the Russsian cavalry before the weight of the Allied infantry overwhelms the towns, but interested in reflections on this scenario.

Waterloo-Simon replied the topic: #7266 1 year 5 months ago
May I ask why there are Iron Will counters with no Prussians present?