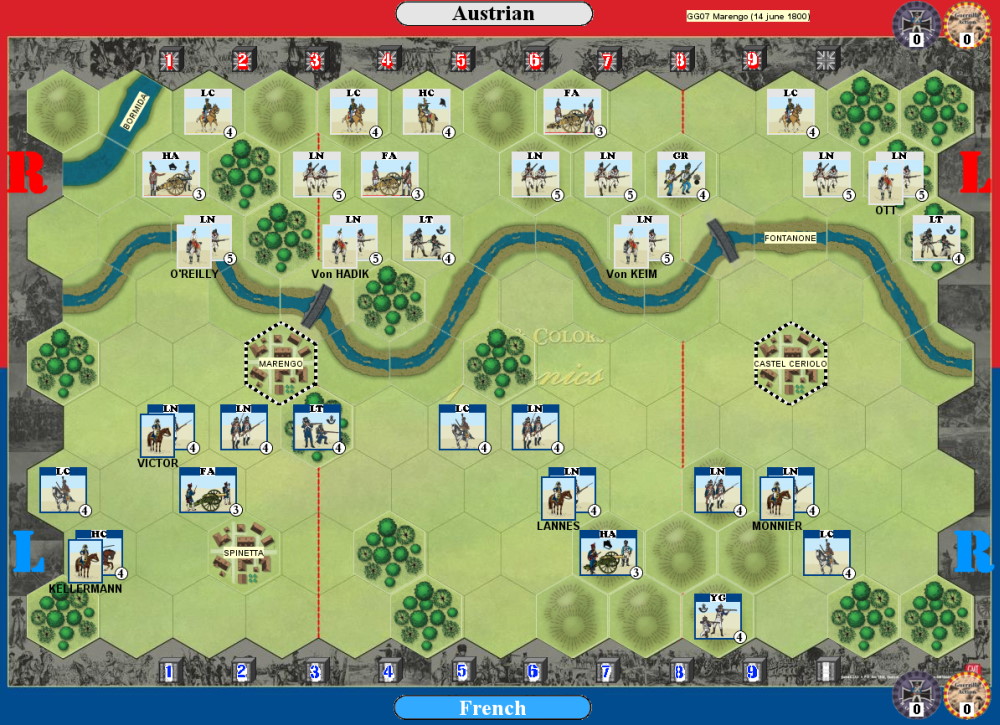 • The French player starts with 4 command cards then draws 2 cards at the end of each turn until he reaches a total of 6 cards.

• Desaix reinforcement: At the end of his 3rd turn the French player places 2 Line Infantry, 1 Horse Artillery and 1 Light Infantry with an attached Leader (Desaix) on 4 adjacent hexes on his edge of the board. If not enough free hexes, the extra units are lost.