Historical Background
Sir Arthur Wellesley crossed into Spain and on July 20th and joined with General Cuesta’s beaten Spanish Army to oppose the French. On the evening of 27th July, the British and Spanish were deployed around Talavera. Victor’s approaching army had been reinforced by Sebastiani and cavalry under King Jerome Bonaparte.
Victor decided to assault the Cerro de Medellin without delay. Ruffin’s French division is wrecked in two unsupported assaults on the British positions atop the Cerro de Medellín and by mid-morning the French commanders meet and decide to launch concentric attacks. Victor shifts Ruffin’s survivors to the right and Sebastiani’s fresh division fills the gap. The plan is for Sebastiani’s division to attack first and then for Leval’s division to attack second. As luck would have it, Leval’s troops find their way through the trees first, and the French columns emerge disorganized onto the open ground directly in front of the Spanish batteries. The French regiments still make some progress, but finally break. Next, Sebastiani’s Germans and Poles fight like demons and capture the battery, but are driven out by a British counterattack. The French fall back to their starting positions.
On the French far left, Milhaud’s cavalry recognized the strength of the Spanish position in and around Talavera and were content to just skirmish with the Spaniards. Wellington maintains his position through the night, until he learns of Soult’s movement to cut his line of communication and pulls back. The French claim victory, even though they were soundly beaten in all of their attacks.
The stage is set. The battle lines are drawn and you are in command. Can you change history? 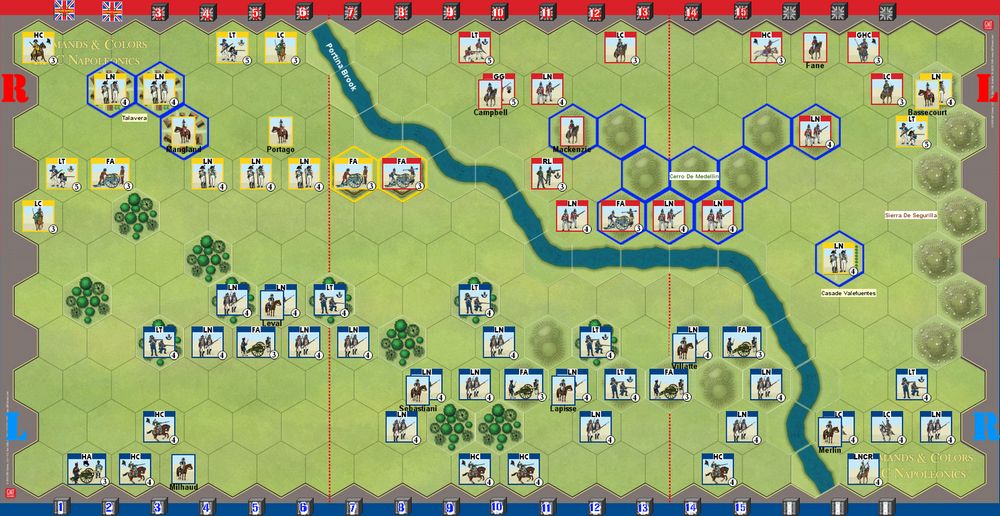 Mark-McG replied the topic: #5141 2 years 11 months ago
This is one scenario I think would benefit from having the Time Pressure Objective.
The French were pressed for time at Talavera.
Read More...