Written by Alessandro Crespi. Posted in Base Game

At the start of your turn, play a Command card from your hand.
Place it face up in front of you and read it aloud.

A Command card usually dictates the number of units or Leaders ordered for the turn, as well as the Section(s) of the battlefield to which they must belong. Hexes with a dotted line running through them are always considered as simultaneously belonging to both the corresponding flank and center Sections.

There are two types of Command cards: 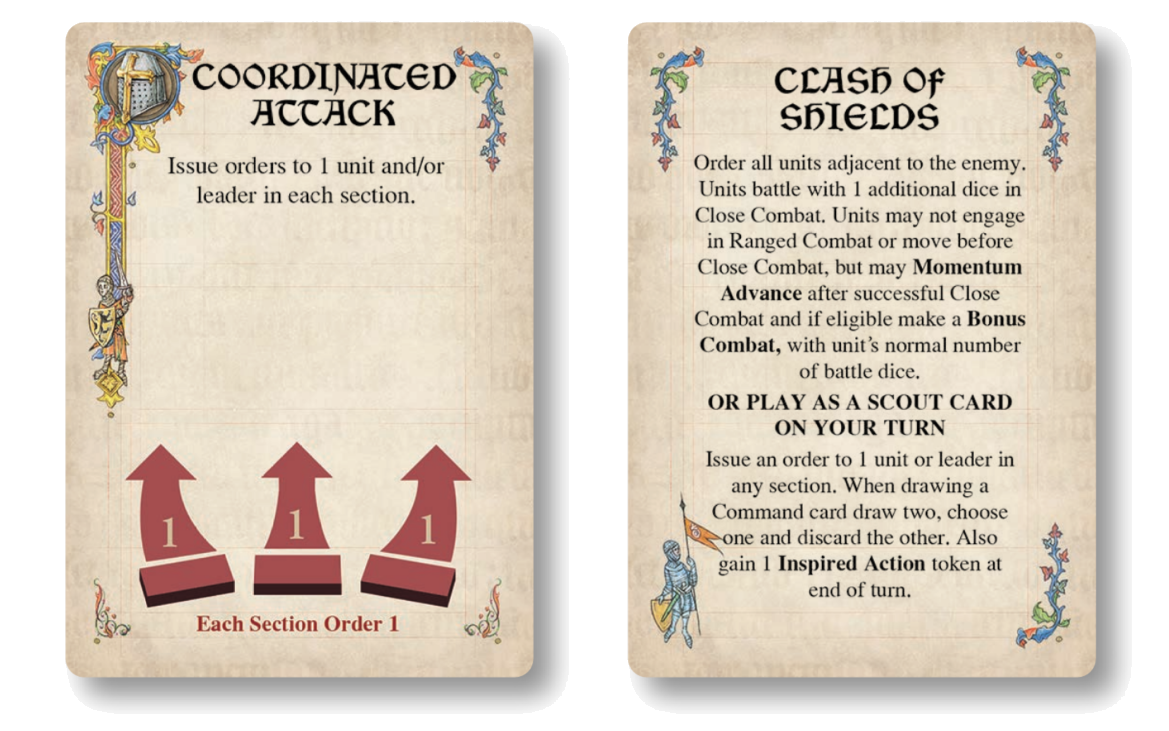 If the situation arises where the Command card just played cannot order any of a player’s units, disregard Phase 2 through 4 of the game turn and draw a new Command card, which ends a player’s turn.