Written by Alessandro Crespi. Posted in Base Game 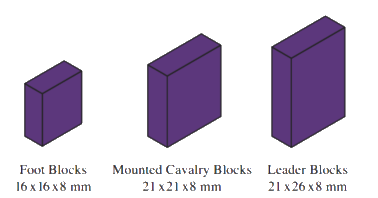 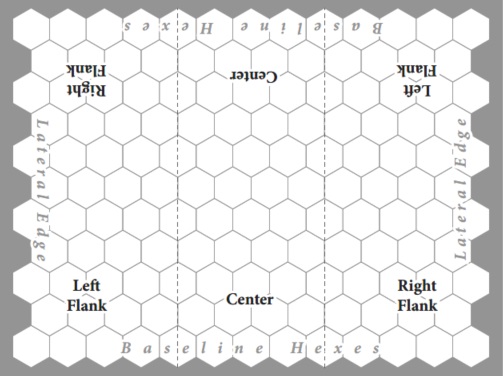 These tiles represent a wide range of terrain features and are placed on the battlefield to recreate the historical battlefield for each scenario, see “Terrain” rules section.

Units may only move or battle when given an order. Command cards are used to order a player’s troops to move, battle, or do something special. For a description of all the Command cards, see “Command card” rules section.

The game includes eight custom dice with one of the following six images laser-printed on each face.

A unit is composed of a certain number of blocks:

To help identify a unit’s type, colored symbols have been placed on each label.

The 18 Victory Banners are used to track a player’s quest for victory. 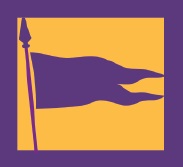 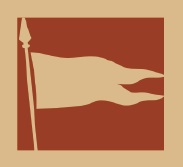 In a few scenarios in this core game, a player’s army will have cavalry units where some cavalry units are armed with bows and some not. How units are armed is detailed in the scenario special rules and is also indicated by block lettering on the scenario map. A player can place a marker with the proper side face up, bow or non-bow, on these units to help keep track which cavalry units have bow weapons and which do not. Note: When all cavalry class units in an army are armed with the bows, there really is no need to place markers.

The unit reference sheet is provided that summarizes the characteristics of the units and leaders. 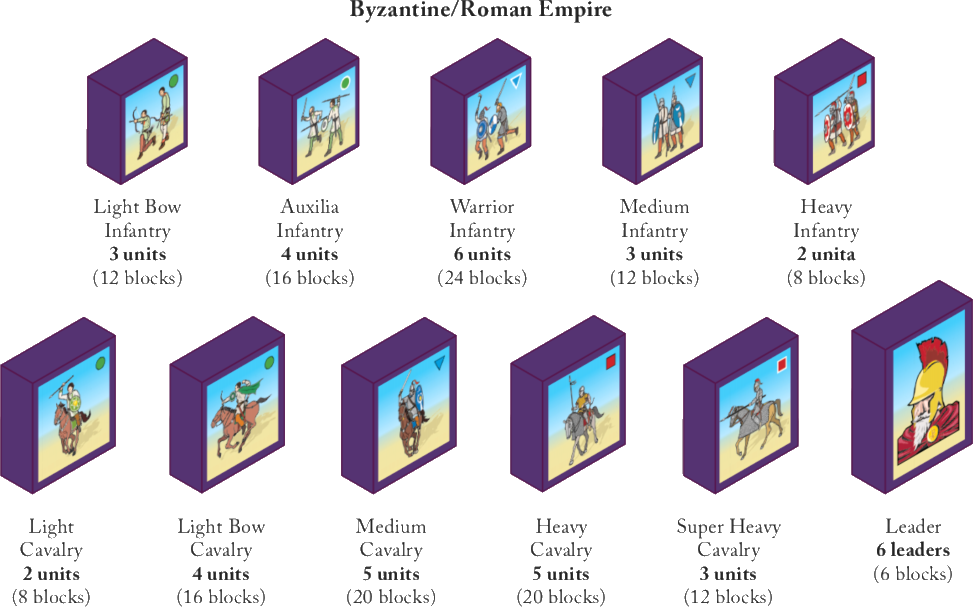 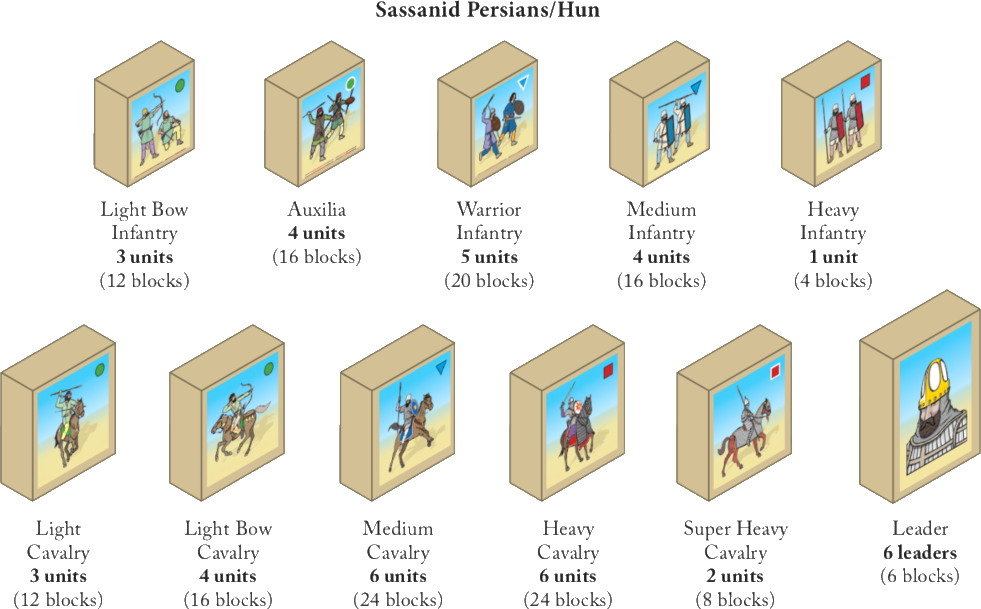 Applying the Stickers from the Label Sheets:

"Smoking kills. If you're killed, you've lost a very important part of your life."~ Brooke Shields, during an interview to become spokesperson for a federal anti-smoking campaign