When the fleeing Byzantines reached Belisarius, they rallied quickly and reformed their ranks. Belisarius then set out for Ad Decimum at full speed. Gelimer, on the other hand, found his brother’s body among the dead and mourned his brother’s death, while his troops aimlessly milled about. The delay gave Belisarius time to advance against the disorganized Vandals. The attack also came from an unexpected direction, for Gelimer had thought he had missed the main Byzantine army, which he assumed had defeated his brother and was already moving on Carthage. The Vandals were not able to fight off the Byzantine attack and fled along with Gelimer to the Plains of Boulla.
The stage is set. The battle lines are drawn and you are in command. Can you change history? 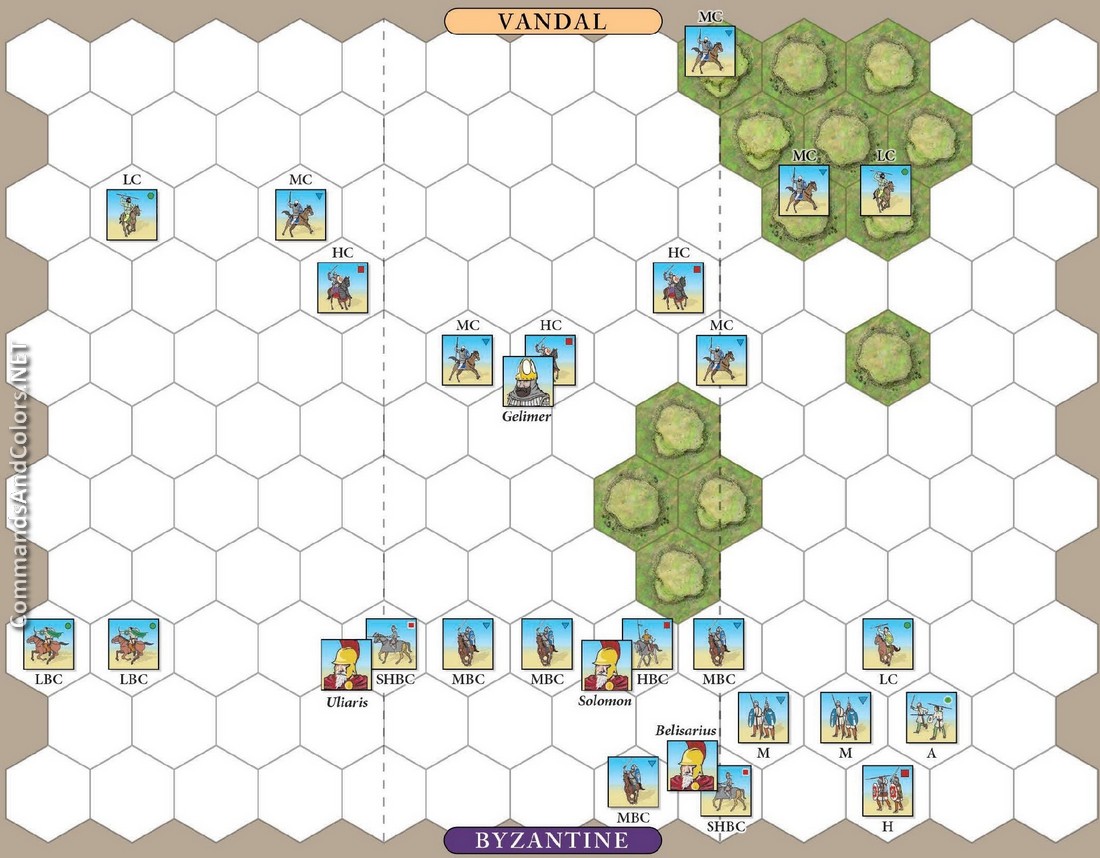 Learn to enjoy every minute of your life. Be happy now.Don't wait for something outside of yourself to make you happy in the future.Think how really precious is the time you have to spend,whether it's at work or with your family.Every minute should be enjoyed and savored.~ Earl Nightingale ~