John ended his pursuit of Ammatus’ survivors at the gates of Carthage. Meanwhile Solomon, one of Belisarius’ subordinates, arrived with the Byzantine army vanguard at the site of John’s fight at Ad Decimum. Not knowing where the enemy was, Solomon climbed a nearby hill and saw Gelimer’s main Vandal army approaching. Throwing caution to the winds, Solomon launched his force toward the Vandal army. A large hill separated the two forces. Both leaders recognized the importance of the position and began the race to gain possession of the hill. The Vandals managed to control the summit first and used that advantage to rout the Byzantines. The fugitive Byzantines threw Belisarius’ normally steady personal guard into confusion, and instead of trying to rally the retreating Byzantines, they joined them in flight.
The stage is set. The battle lines are drawn and you are in command. Can you change history? 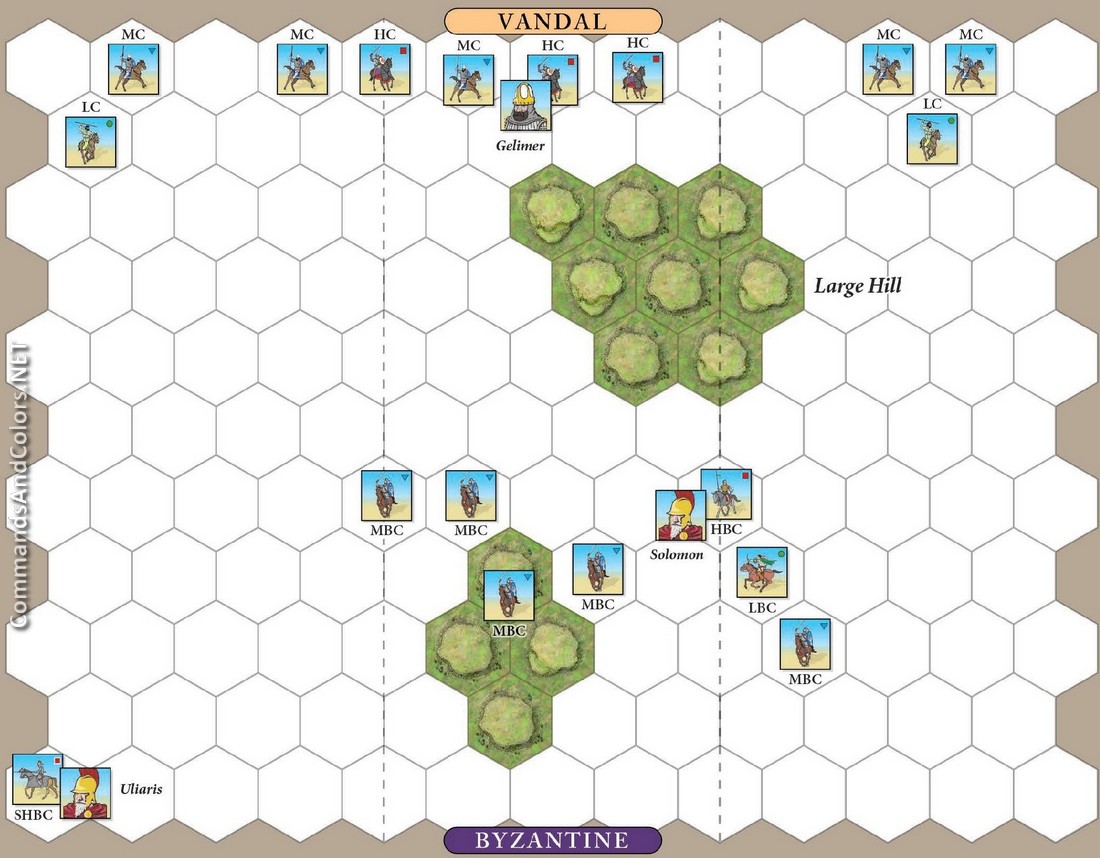