In 530 AD, Gelimer dethroned the Vandal king Hilderic, a vassal of Justinian the Byzantine emperor. Hilderic appealed for help, also citing Gelimer’s persecution of eastern Christians. After making a favorable peace with the Sassanids in 532 AD, Justinian launched an expedition led by Belisarius to bring North Africa under Byzantine rule.
Belisarius landed his army of 16,000 near the ancient city of Carthage and built a fortified camp. He sent ahead an advance guard under the command of Count John to screen the main army as it marched to Carthage. He also had his Hun cavalry screen his left flank (although the Hun Empire no longer existed, skilled Hun cavalry were still much in demand as mercenaries).
Gelimer was surprised by the advance on Carthage and prepared to attack the invaders. His brother Ammatus was sent from Carthage to engage John, while his nephew Gibamund was to fall on the Byzantine vanguard’s flank. The main army, led by Gelimer, would then swing around the hills and trap the main Byzantine army and attack it in the rear. This complex plan fell apart when Ammatus’ force engaged John piecemeal before the others were in position. Ammatus was mortally wounded in the fight and his force was wiped out by John’s pursuing cavalry. About the same time as Ammatus’ defeat, Gibamund’s flanking force also was routed when it encountered the Huns, who felt they had been blessed by heaven with so many targets for their arrows.
The stage is set. The battle lines are drawn and you are in command. Can you change history? 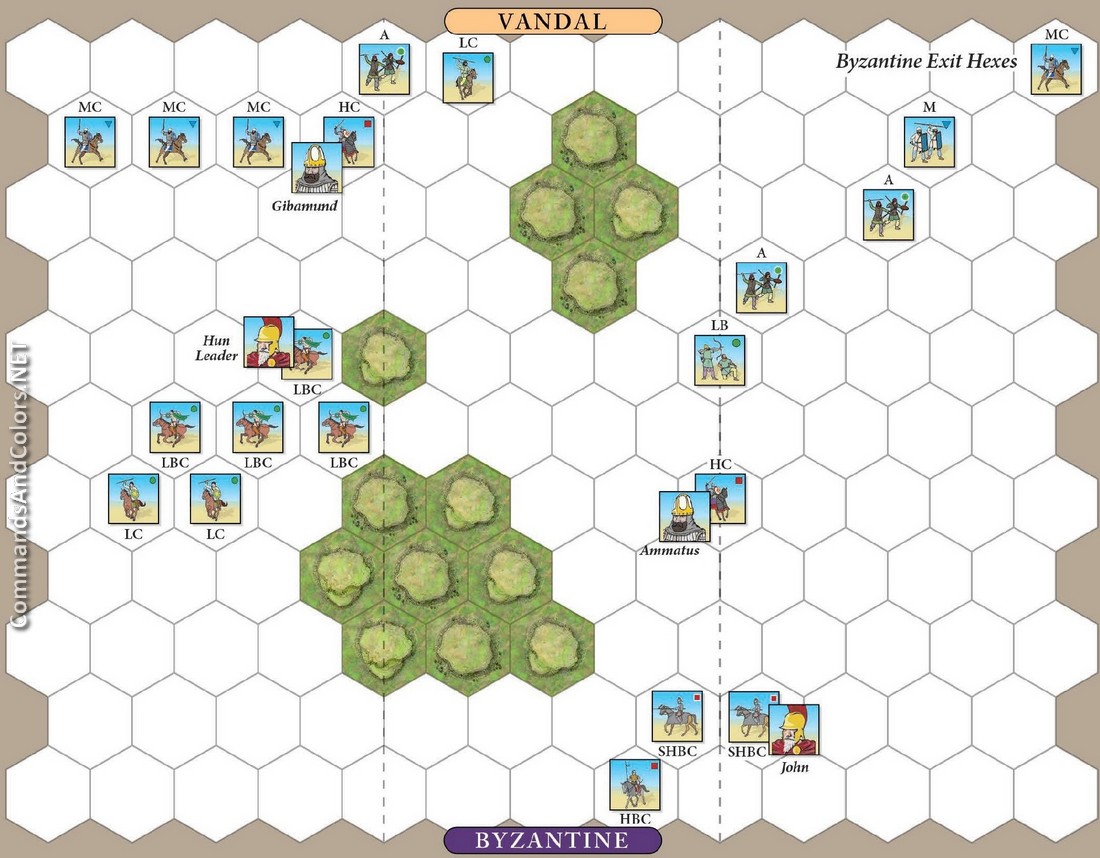 "The biggest cause of trouble in the world today is that the stupid people are so sure about things and the intelligent folks are so full of doubts."~~Bertrand Russell