At the Battle of Edington an army of the Anglo-Saxon kingdom of Wessex under Alfred the Great defeated the Great Heathen Army led by Guthrum on a date between 6 and 12 May AD 878.
In the seventh week after Easter, or between 4 and 7 May, Alfred called a levy at Ecgbryhtesstan (Egbert's Stone). Many of the men in the counties around (Somerset, Wiltshire, and Hampshire) who had not already fled rallied to him there. The next day, Alfred's host moved to Iley Oak, and then the day after that to Ethandun.
There, on an unknown date between 6 and 12 May, they fought the Danes. Fighting ferociously, forming a dense shield-wall against the whole army of the Pagans, and striving long and bravely at last Alfred gained the victory. He overthrew the Pagans with great slaughter, and smiting the fugitives, he pursued them as far as the fortress .

After the victory, when the Danes had taken refuge in the fortress, the West Saxons removed all food that the Danes might be able to capture in a sortie, and waited. After two weeks, the hungry Danes sued for peace. 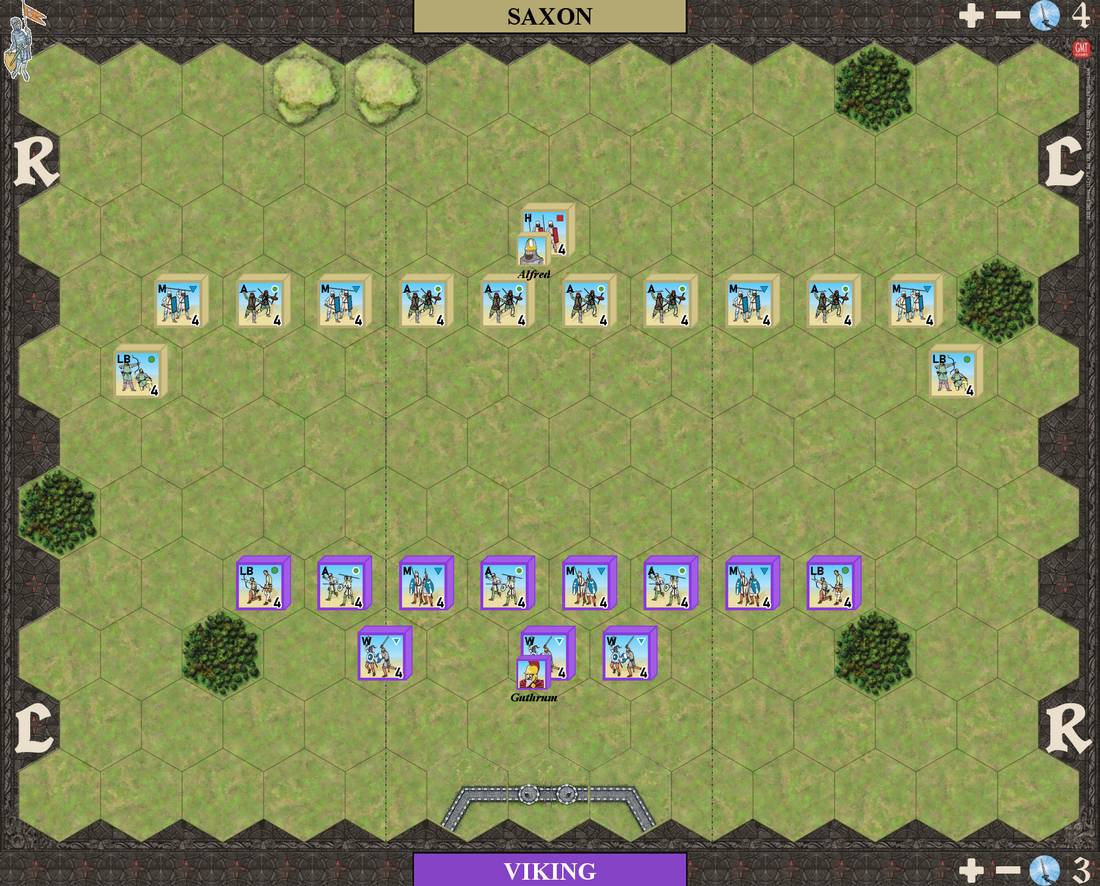