After Dagisthaeus destroyed Phabrizus’ Sassanid forces at the Phasis River, (see Phasis River scenario), it was not long before another Sassanid army, under the command of Chorianes, was sent back into Lazica. The Sassanid army’s advance was slowed down mainly due to the rough terrain of the region. The pace of their advance allowed the combined forces of Dagisthaeus and Goubazes to intercept Chorianes’ army near the River Hippis. Although hampered by the rough terrain, both sides fought bravely. After Chorianes was killed, however, the Sassanid forces could no longer maintain order and they fled the field.
The stage is set. The battle lines are drawn and you are in command. Can you change history? 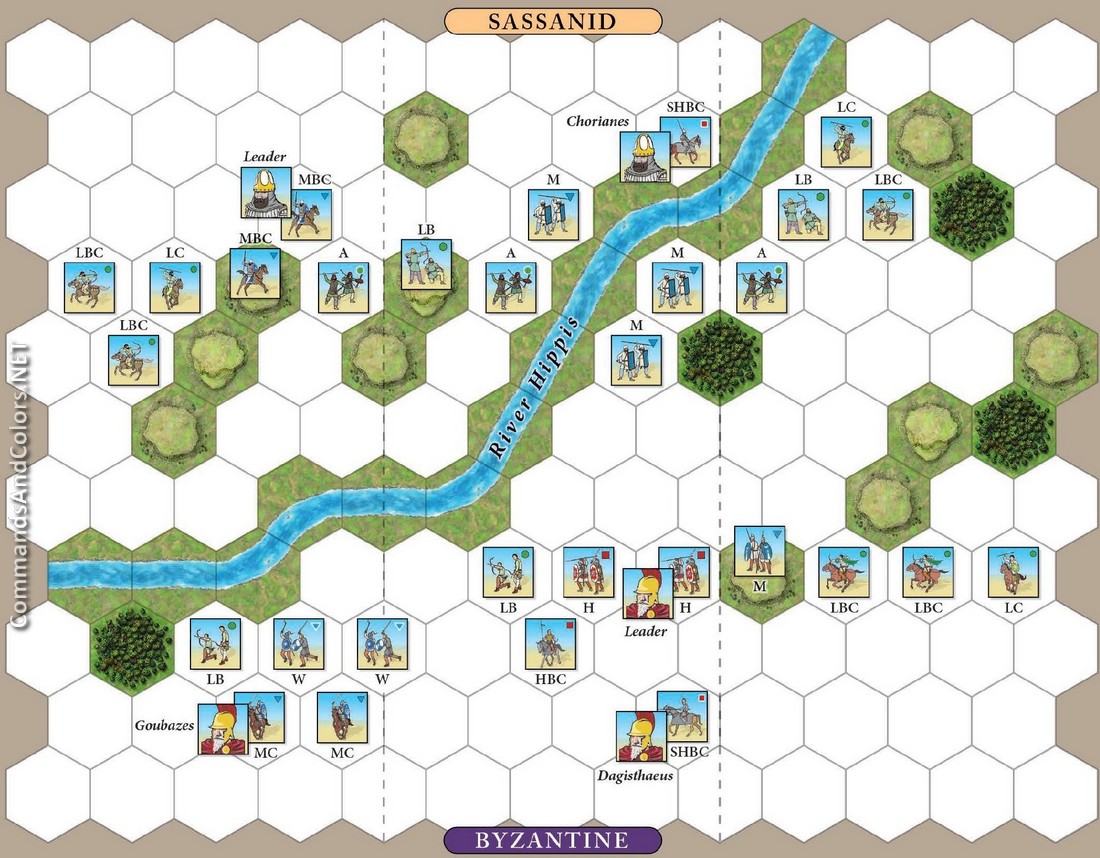 " Only dull people have clean houses"~Anonymous