Azarethes had proven himself to be the better tactician in this battle.
He had moved most of his heavy cavalry unnoticed to his left and they charged with stunning effect. The Byzantine right wing, composed of 5,000 lightly armed Ghassinid Arabs, crumbled and fled.
Azarethes’ cavalry now occupied the high ground, looking down on the exposed flank of the Byzantine center. Their next charge overran 2,000 newly recruited infantry and smashed into much of Ascan’s center cavalry. Ascan and over 800 of his heavy cavalrymen died in place to buy time for Belisarius. That sacrifice not only gained the needed time, but also inflicted heavy loss on the elite Persian Heavy cavalry. Belisarius now proved himself to be the better leader.
He and his subordinate Petros refused the open right flank to reach the bank of the Euphrates River with a combination of reformed cavalry, infantry from the left wing and all available reserves. This outnumbered, but solid, formation held out against repeated Persian cavalry charges. Without the benefit of heavy cavalry, the remaining Persian light cavalry took heavy casualties but could not break it.
When darkness fell, what remained of the Byzantine army escaped over the Euphrates River to the safety of Callinicum. The Persians had gained a Pyrrhic victory. Both armies were so crippled by the losses that they would be out of action for many months, and those losses cost both Belisarius and Azarethes their commands.
The stage is set. The battle lines are drawn and you are in command. Can you change history? 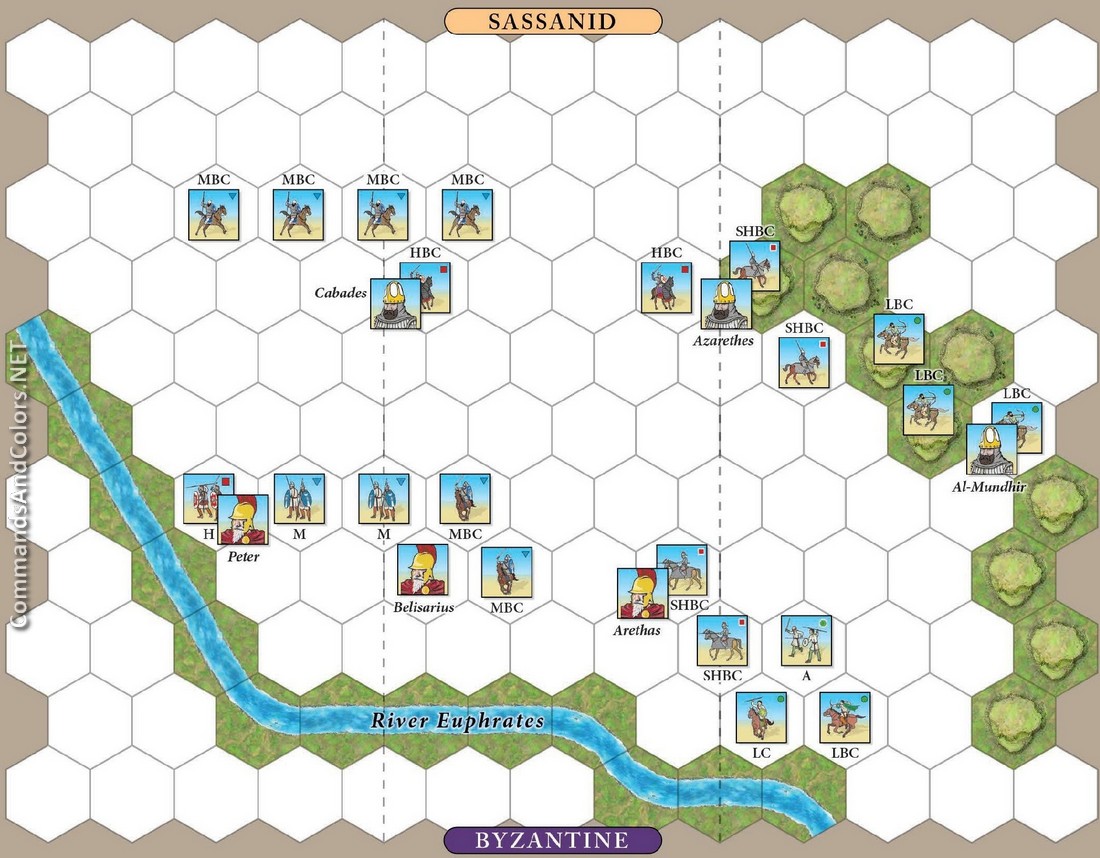 g1ul10 replied the topic: #205 3 years 1 month ago
Played two games. The first was 5-0 for the Sassanid, the second 5-4 for the Byzantine. So both sides seem to be able to win this game, even if the Sassanid are favored by having more Heavy Cavalry units.
Read More...

"I have such poor vision I can date anybody."--Garry Shandling