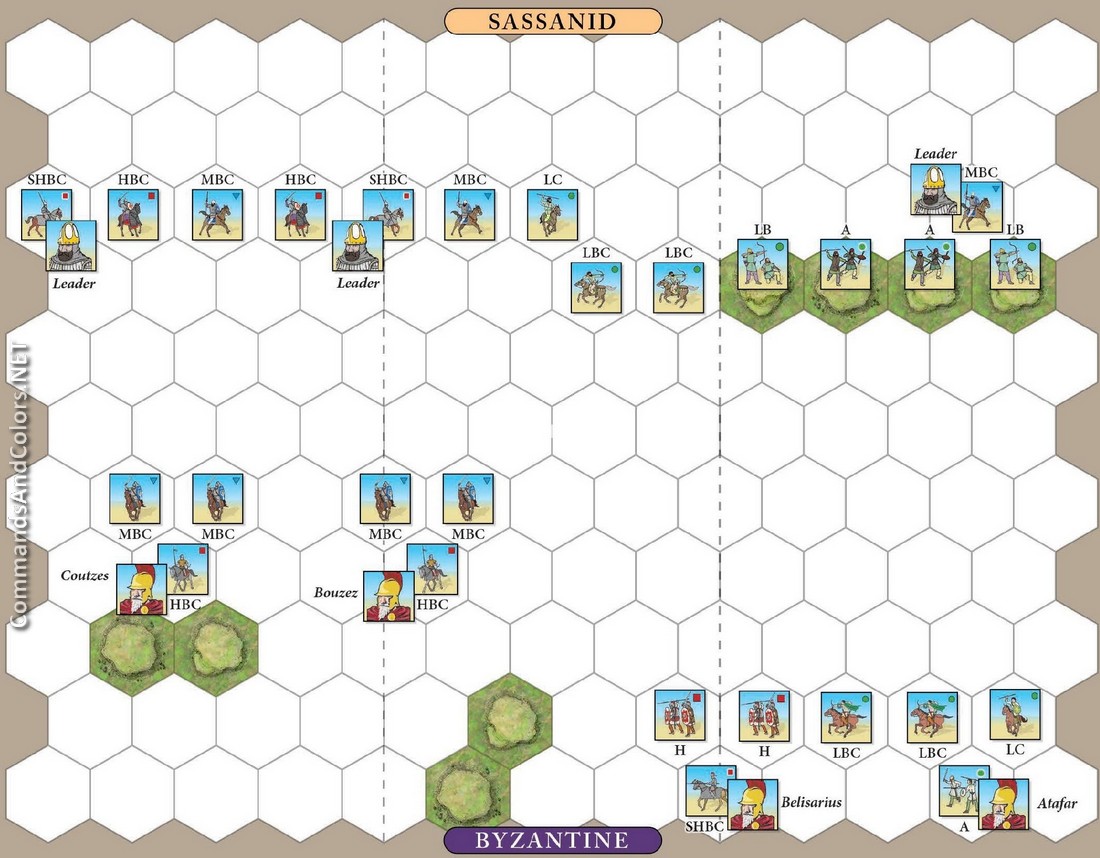 apergis1@verizon.net replied the topic: #747 4 months 4 weeks ago
My wife and have played this scenario four times. She played the Sassanid. I play the Byzantines. She has won twice. I have won twice. We have found that the decisive action always occurred between the cavalry on the Byzantine left.

We are still feeling out the tactics that one has to use in this game.
clavain replied the topic: #621 1 year 9 months ago
Played solo, but crappy cards for the Byzantine and excellent ones for the Sassanid made this a 6-0 walkover and one of the quickest games of C&C I have ever played. Line Command, Leadership Any Section with Mounted Charge followed by Leadership Any Section with Mounted Charge and a bit of cleanup and it was all over.
Magmik replied the topic: #605 1 year 9 months ago
Sassanids win 6-4

ColCampbell replied the topic: #510 2 years 2 weeks ago
Played last Thursday.  Game went very similar to actual battle.  Sassanids won 6 banners to 2 for the Byzantines.  Byzantine left flank cavalry was almost completely destroyed and one of its leaders was killed.  See my blog for some pictures --  ColCampbell's Barracks

Jim
esparver73 replied the topic: #357 2 years 6 months ago
The Sassanid right charged against the scattered Byzantines but they retreat and formed a line with the rest of the army, holding the ground. There was a large fight on the center of the map between heavy and cataphract cavalry, with the upper side going to the Byzantines thanks to a leader loss, for a Byzentine win 6-3.

Byzantine HI also we’re able to advance but realised no use against evading Light bow cavalry
wilson replied the topic: #204 3 years 1 month ago
Played intro scenario twice so far, love it... 6-3 then 6-2... difficult for Byzantines, but got close first attempt by being aggressive, lost 2 leaders though... 2nd attempt didn’t get close... need to try and use my Heavy Infantry more

"I've been doing the Fonda workout: the Peter Fonda workout. That's where I wake up, take a hit of acid, smoke a joint, and go to my sister's house and ask her for money."--Kevin Meaney