In 541 Totila was elected king of the Ostrogoths. Meanwhile, the Byzantines, towards the end of 541, tried to take over Verona but without success. When Totila was informed of the events in Verona, he called a large part of the Goths to garrison there, thus putting together an army of 5,000 Goths, and leading them to Faventia (modern Faenza), where the imperial army had retired. The Byzantine commanders were divided on how to operate and did not adequately prepare their army for the imminent battle. Totila commanded three hundred soldiers to cross the river, to approach the enemy camp and to dart it, in the belief that the turmoil created would make them desist from any thought of valiant deeds. Meanwhile, having crossed the river with the rest of his army, he immediately engaged the enemy. The battle was decided when the Gothic detachment sent to harass the Byzantine camp, unexpectedly attacked the imperial army from behind. Byzantine soldiers, mistakenly convinced that those 300 Goth soldiers were in greater numbers, turned shamefully on the run, being chased by the enemy and suffering many losses. 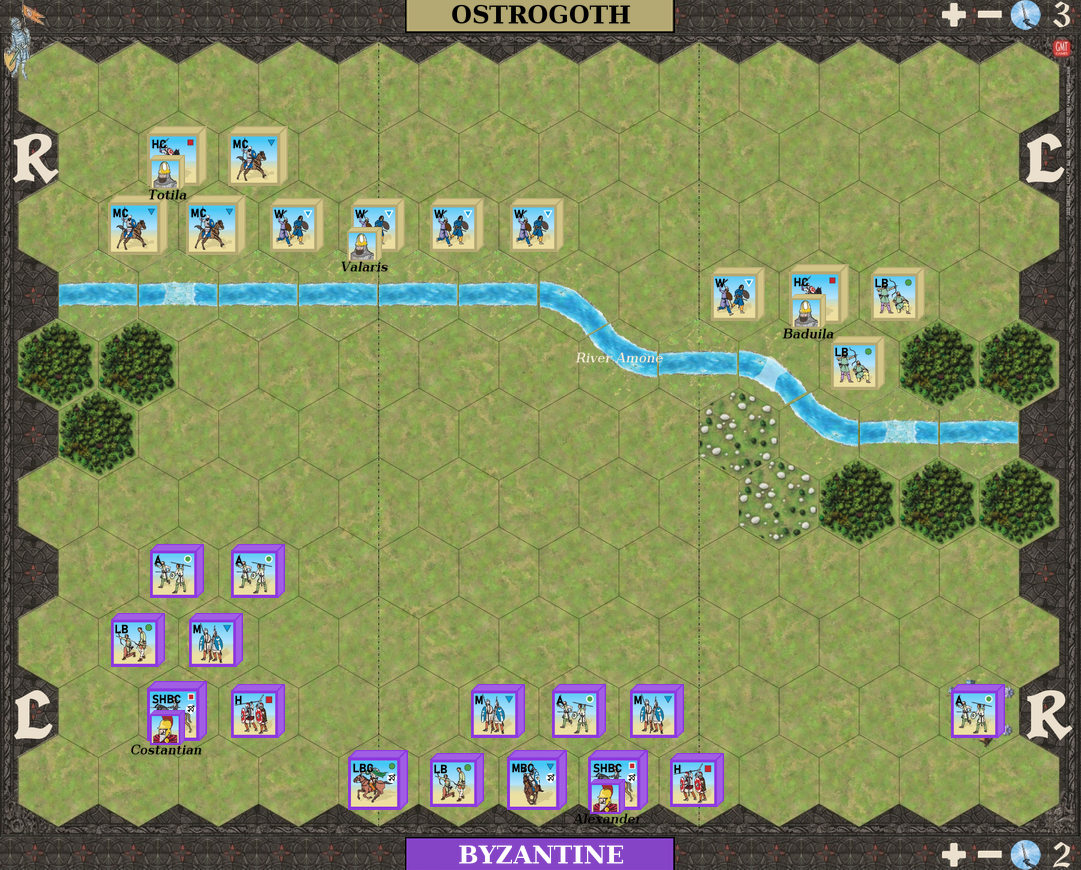 Special Rules
• The Byzantine Super Heavy and Medium Cavalry units are armed with bows.
• The River Amone is fordable. Fords represent shallow water areas and are treated as open ground.
• If an Ostrogoth unit occupies the Byzantine camp hex at the start of the Ostrogoth turn, the player may remove the hex and gain 1 Victory banner before playing a Command Card.

Chicago Rotary Club journal, "Gyrator". "The streets are safe in Philadelphia. It's only the people who make them unsafe."