During the later stages of the Gothic War, the Gothic king Teia called upon the Franks for help against the Roman armies under the eunuch Narses. Although king Theudebald refused to send aid, he allowed two of his subjects, the Alemanni chieftains Leutharis and Butilinus, to cross into Italy. In the spring of 554, the two brothers invaded central Italy, plundering as they descended southwards until they came to Samnium. Leutharis soon turned back home, laden with spoils. Butilinus, on the other hand, more ambitious and possibly persuaded by the Goths to restore their kingdom with himself as king, resolved to remain. The following summer he marched back to Campania and erected a camp on the banks of the Volturnus. When Narses found out about the location of the Alemanni camp, he set forth at the head of an 18,000 strong force, including strong contingents of Heruli mercenaries. 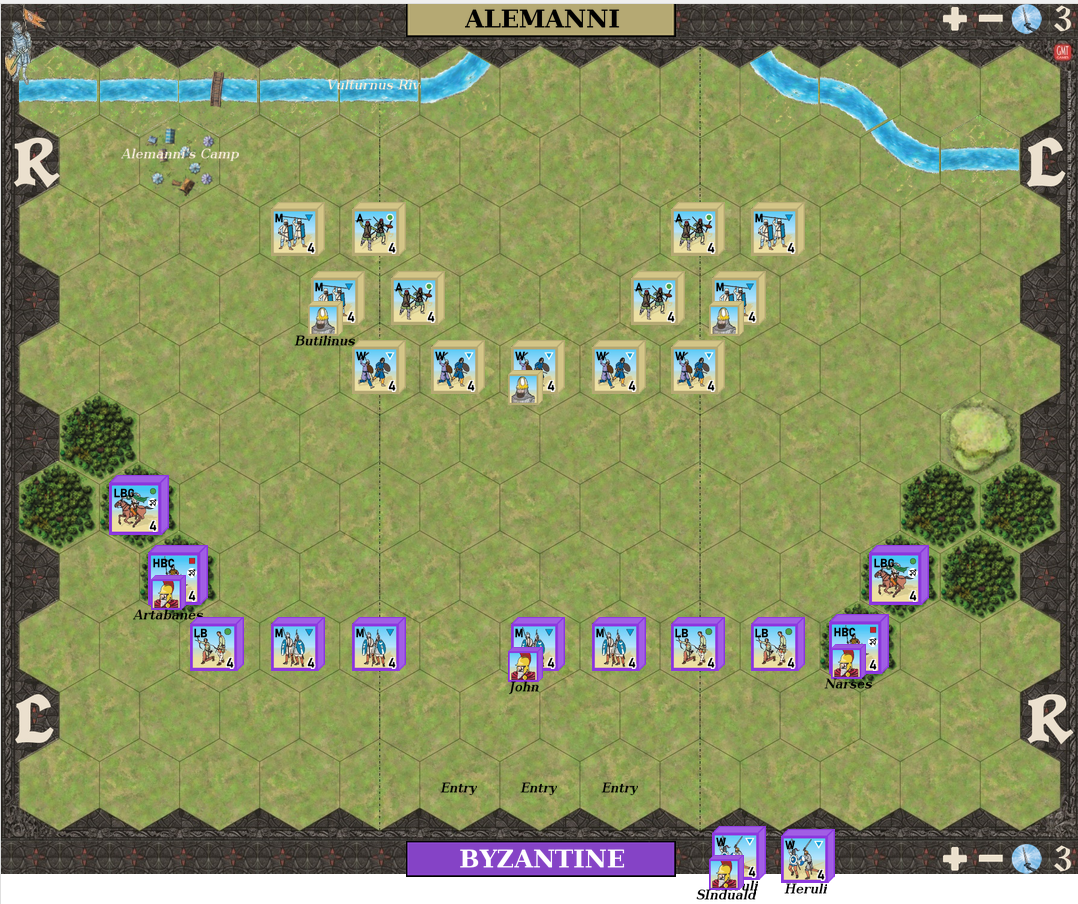 Special Rules
• If at any moment the Byzantine player has two more victory points than the Alemanni player, two Byzantine Warrior units and one stacked leader are placed in two baseline hexes of the central section, on the Byzantine side. The Heruli enter the battle.
• The Byzantine Medium and Heavy Cavalry units are armed with bows.
• The river Vulturnus is impassable.

"Outside of the killings, Washington has one of the lowest crime rates in the country."~ Mayor Marion Barry, Washington, D.C.