As his army dissolved into a mass of fugitives, Kardarigan and the only remaining soldiers still in formation found refuge on a nearby hilltop. The Byzantines located them and began launching desultory attacks against them, content to let heat and thirst destroy the Sassanids. They were not aware that Kardarigan himself was there and finally abandoned the effort. Kardarigan and his intrepid band escaped after holding out against repeated attacks for four days.
The stage is set. The battle lines are drawn and you are in command. Can you change history? 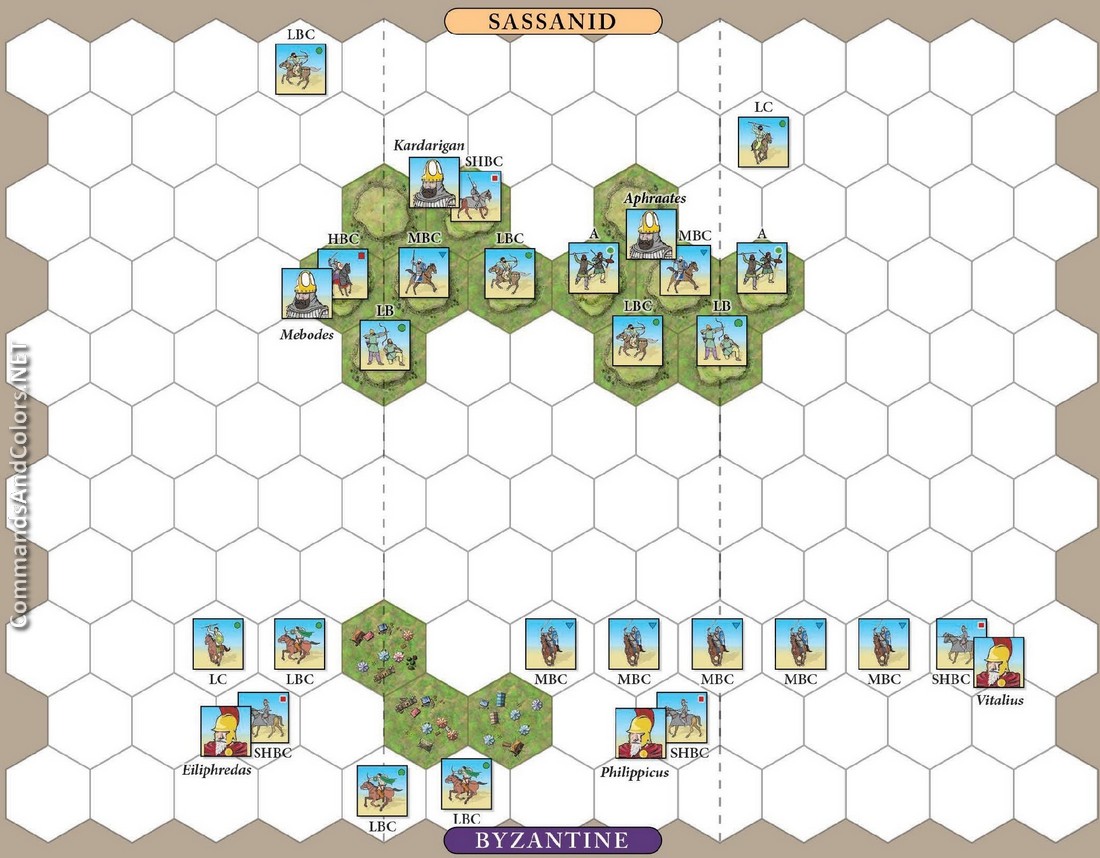