After another failure to negotiate peace, Kardarigan led the Sassanid army into Mesopotamia. Philippicus, newly assigned commander of the Persian front, marched his Byzantine army to intercept. Both armies were almost entirely mounted, and both commanders were eager to fight.
When the armies made contact they both quickly deployed for battle.
The Byzantines had a crucial advantage. They controlled the Arzamon River, the only major source of water in the area. Kardarigan brought his water in a caravan of camels, but just before the battle he had it dumped out to inspire his men to win or die. As soon as he had secured his camp, Kardarigan attacked the Byzantines who were waiting on the high ground.
The Byzantine right wing pushed the Persian left back in disorder, and many soldiers drifted away to loot the enemy camp. Philippicus could not afford having a wing dissolve to plunder the enemy camp. He gave his distinctive helmet to one of his bodyguards and sent him to Vitalius, the right-wing commander. The ruse worked, for when the soldiers saw the helmet, they returned to order. They would be needed shortly because a crisis was brewing in the center. Philippicus had his cataphracted cavalry dismount and shield the more lightly armed infantry, but they were barely holding against a very heavy Sassanid attack. The reformed Byzantine right now struck the attacking Sassanids in flank while a strong Byzantine attack on the left broke the Sassanid right wing. The Sassanid army, fearing encirclement, fled with the Byzantine army in hot pursuit. For the retreating Sassanids, the worst was yet to come as far more perished in the desert from lack of water than had died in battle.
.
The stage is set. The battle lines are drawn and you are in command. Can you change history? 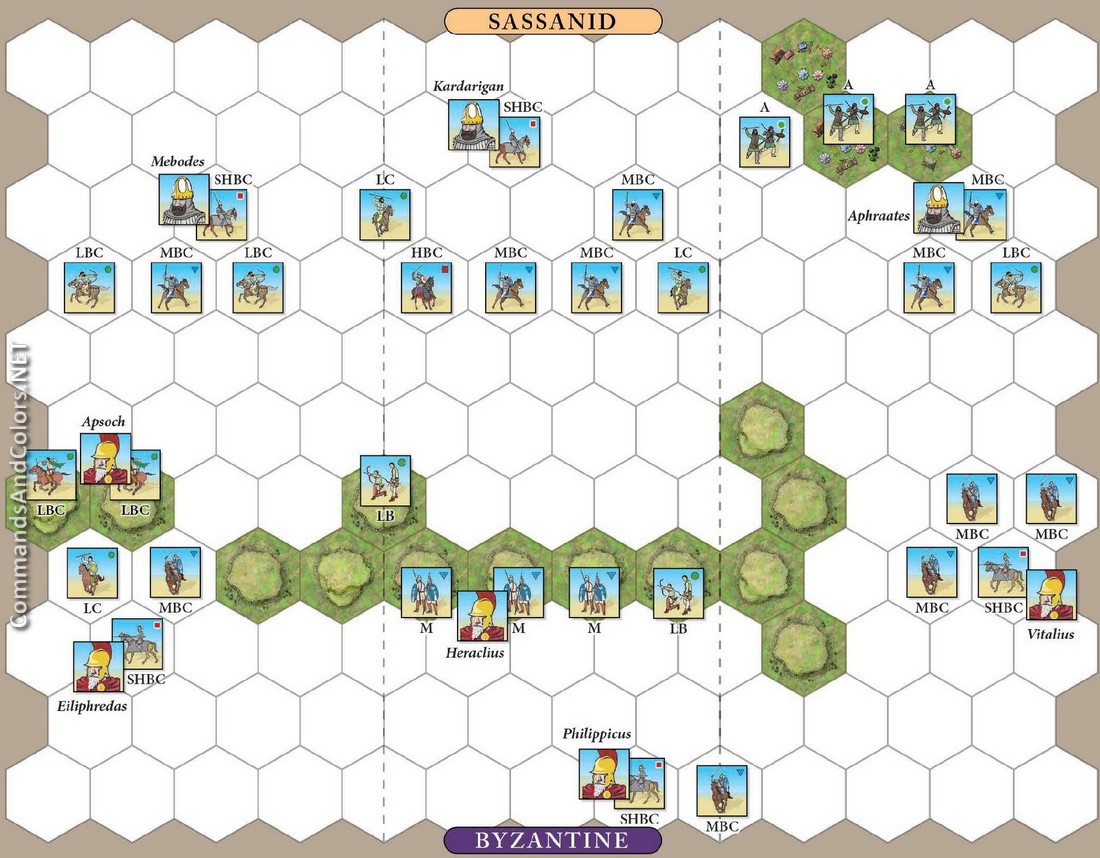 "I told him, 'Son, what is it with you. Is it ignorance or apathy?' He said, 'Coach, I don't know and I don't care.' "--Frank Layden, Utah Jazz president, on a former player