In 555 AD, after the death of Mihr-Mihroe, Nachoragan was appointed commander of the Sassanid army and marched to attack the Byzantines that were laying siege to the Sassanid garrison in the city of Onoguris. The Byzantine generals Rusticus and Bouzes (the same Bouzes we met in the Iberian War) learned of Nachoragan’s relief column and dispatched Dabragezas and Usigardus, two barbarian officers, to intercept. The rest of the army surrounded the walls of Onoguris and made an assault against the city gates. Dabragezas and Usigardus attacked the Sassanid relief force and initially made good progress. Nachoragan soon realized that this was not the main Byzantine army and counter-attacked successfully. The Byzantine survivors did not stop when they reached the main army but disrupted it as they stampeded through. Seeing what was happening, the Sassanids in the city rushed out to join the fight. The fleeing Byzantines were trapped between the oncoming Sassanids and the Catharus River. Bouzes bravely turned his troops around and held off the onslaught, allowing many Byzantine soldiers to escape. His action prevented an outright defeat from becoming a disaster.
The stage is set. The battle lines are drawn and you are in command. Can you change history? 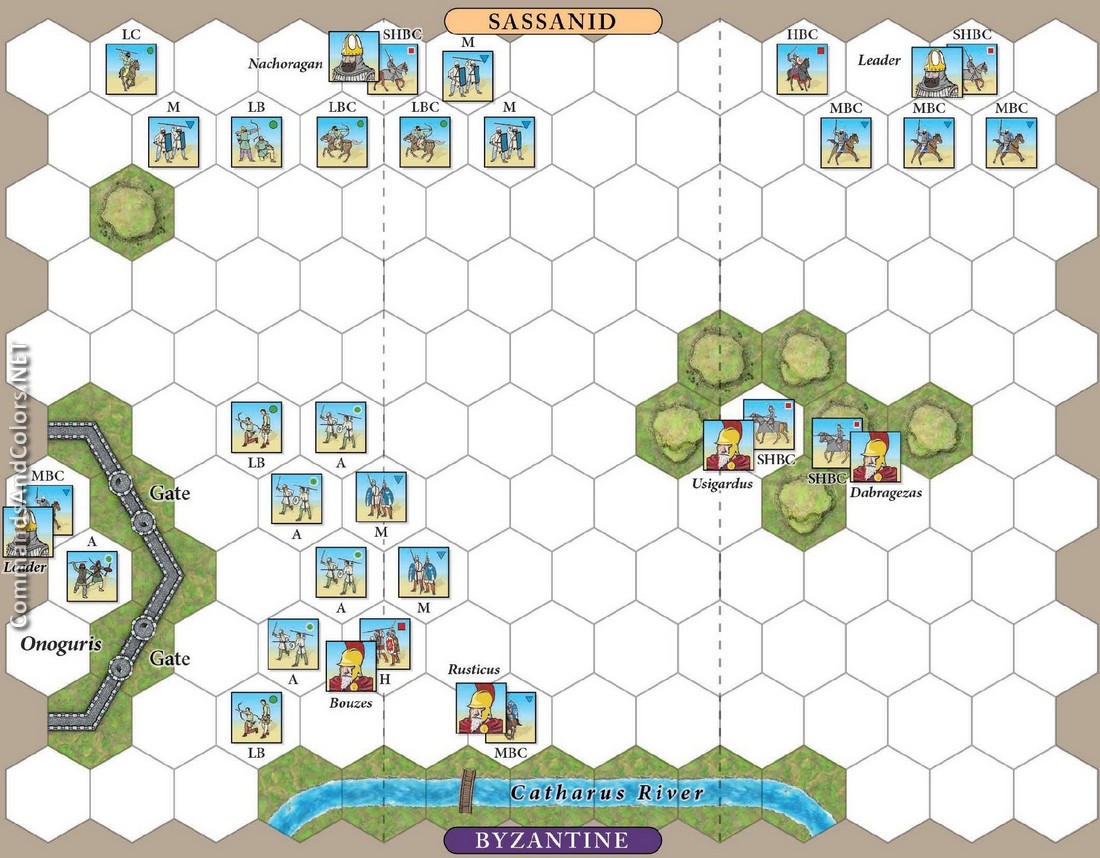 Letter from the Illinois Department of Public Aid "Rotarians, be patriotic! Learn to shoot yourself."