After the Sassanid loss at Dara, under the guidance of Mihr-Mihroe another Sassanid army was assembled and marched to the city of Satala in Byzantine Armenia. Mihr-Mihroe, planned to lay siege to Satala and set up camp a short distance from the city walls. News reached Sittas and Dorotheus that a Sassanid army twice their number was approaching. While Dorotheus remained in the city, Sittas took a small detachment to hide in the surrounding hills. On the following day as the Sassanid army moved forward to surround the city Sittas attacked. Mihr-Mihroe decided that it was the main Byzantine army and turned to face the threat. Dorotheus then led the force out of the city and attacked the Persians in their rear. Attacked from two sides, the more numerous Persian levies still fought bravely. During the fighting, however, Mihr-Mihroe’s battle standard was captured.
The loss of his standard finally caused the Persian ranks to panic and retreat to their camp. On the following day the Sassanid army returned unmolested to Armenia.
The stage is set. The battle lines are drawn and you are in command. Can you change history? 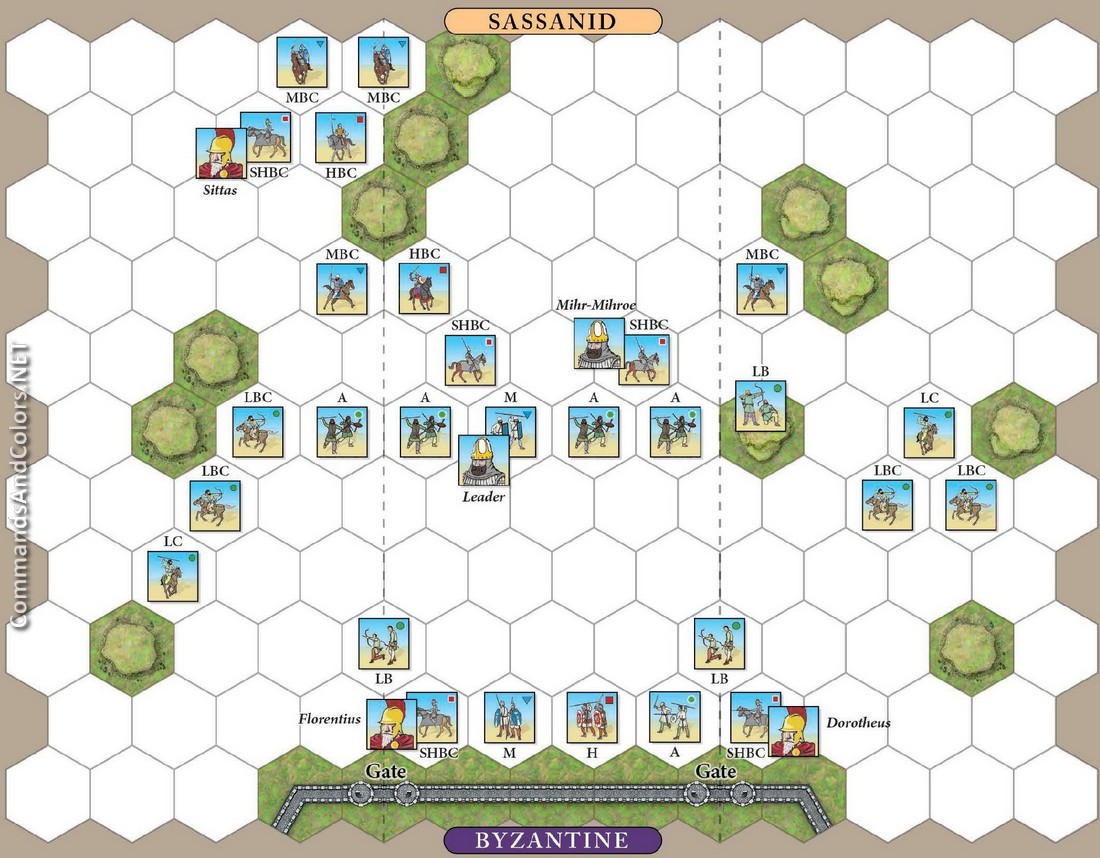