At the end of 870 the Vikings launched an attempt to conquer Wessex and marched from East Anglia to Reading, arriving on about 28 December. The town was between the Thames and Kennet rivers and they set about building a ditch and rampart on the southern side between the two rivers.

On about 4 January 871, Æthelred and Alfred brought up the main West Saxon army and joined Æthelwulf's forces for an attack on the Danes. The West Saxons fought their way to the town, slaughtering all the Danes they found outside, but when they reached the town gate the Vikings burst out and defeated the West Saxons with a successful counter-attack.
Among the dead was Æthelwulf, whose body was secretly carried off to be buried in his native Derby. According to a late source, Æthelred and Alfred only escaped due their better knowledge of the local terrain, which allowed them to lose their pursuers by fording the River Loddon. 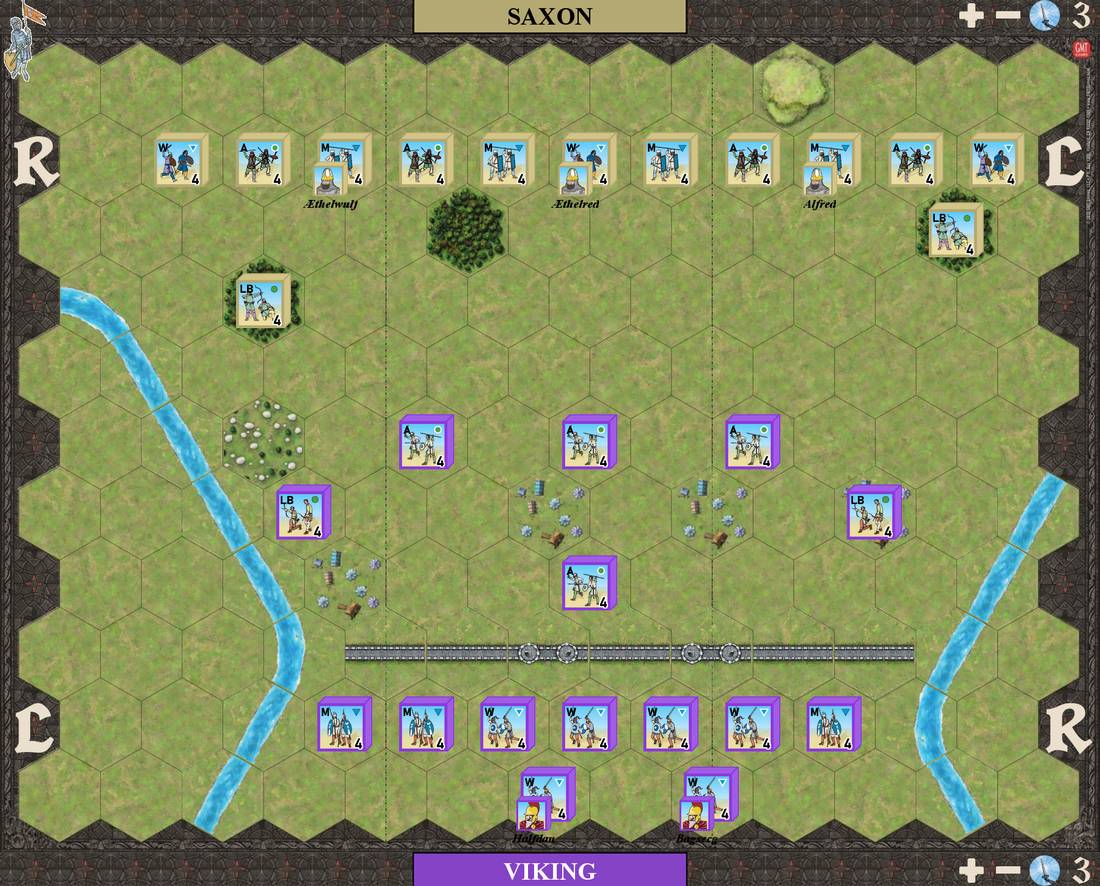 Mark McG replied the topic: #668 2 weeks 9 hours ago
1. Extra die battling back is conceptually the shield wall, but also to make the Auxilia a little less hapless. Originates from Spearmen in BattleLore

2. Supported units are those with 2 adjacent friendly units or leaders. See the 2nd dot point under Bolster Morale rules. The extra die applies to each ordered unit that is supported at the moment of battle. Conceptually it is the mass of men pressing forwards into the enemy line, typically led by the best troops.

keithabarker replied the topic: #667 2 weeks 10 hours ago
What is the reasoning behind the idea that Auxilia units will battle back with one extra die?

The Boar's Snout says "Select one foot unit and up to two adjacent foot units. Each unit can move one extra hex and battle. When battling, add 1 die to each supported unit. Ordered units may not engage in Ranged Combat."

Can you explain what "When battling, add 1 die to each supported unit." means? Which units are supported the supported ones? Does this 1 die apply to both the selected foot and to the adjacent foot units?

"I can't really remember the names of the clubs that we went to."-- Shaquille O'Neal on whether he had visited the Parthenon during his visit to Greece