In their descent into Italy the Goths, after having defeated the Byzantine armies in the plains of Faenza, inebriated by the victory, decided to continue their advance towards Tuscany. They sent an army against Florence, garrisoned by the Byzantine commander Justin. Justin had not prepared the city for the siege and send a messenger to Belisario, who immediately sent a sizable army headed by the lieutenants Bessas, Cyprian, and John. The Goths, informed of the arrival of the enemy army, immediately raised the siege and retreated in a place called "Mucelle", about a day's walk from Florence. The Byzantine army arrived in Florence, left there a garrison of a few men to defend the city, and continued the pursuit of the enemies. The Goths noticed the coming of the adversaries and, much scared, they decided to leave the valley where they had camped and promptly retired to a hill from which they could control the movements of the enemies. However, the clash was inevitable. But at some point, in the middle of the battle, the false news of the death of John spread among the ranks of the Byzantine army, and the soldiers, panicking, begun to scatter. The presence of the minor captains was of no avail. Even the presence of John himself was of no avail. The Byzantine generals knew that the battle was lost and withdrew their men seeking refuge in a nearby fortified city. 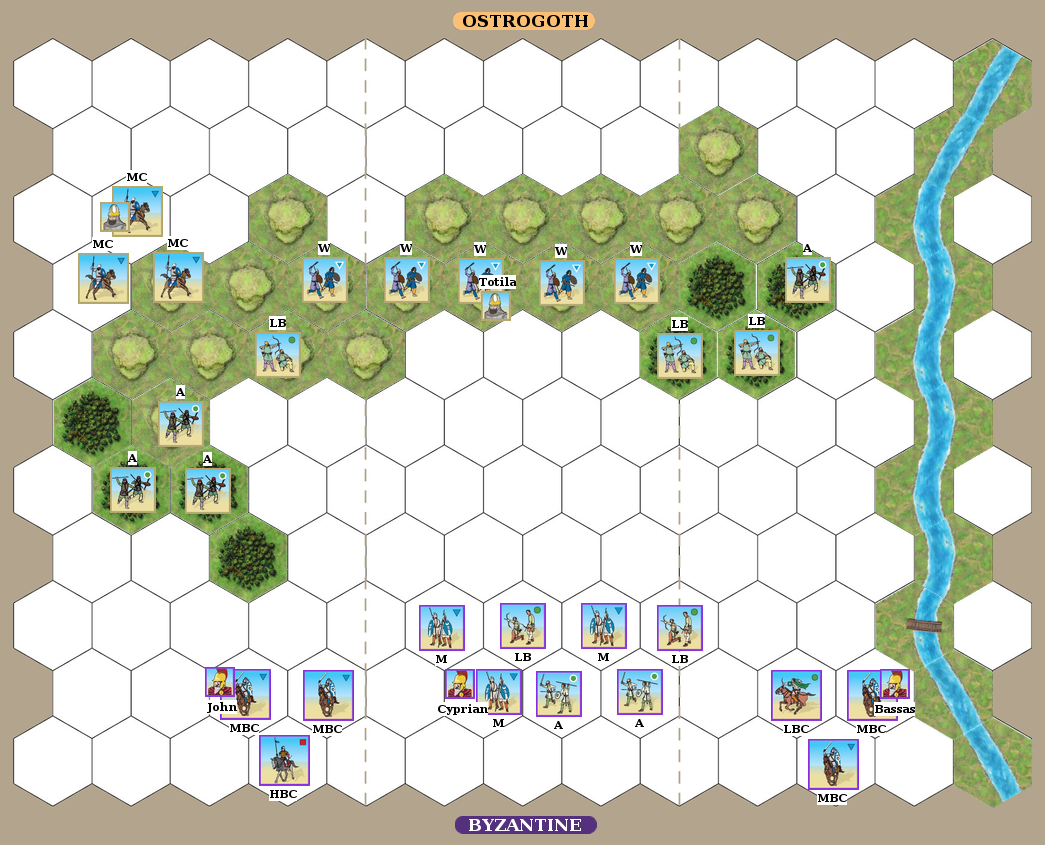 Special Rules
• The Byzantine Heavy and Medium Cavalry units are armed with bows.

Played with Alessio. The Byzantine start strong moving cavalry near the woods on the left and right flank. The Ostrogoth warriors are scared of abandoning the hills and the battle is fought mainly on the flanks. An Ostrogoth infantry onslaught gives the lead in banners to the barbarians but fails to eliminate the Byzantine heavy cavalry. The Byzantine respond with a clash of shields and close the game.
Read More...

"Every man has his tale of woe. Unfortunately in life there is more woe than tail"--Rodney Dangerfield