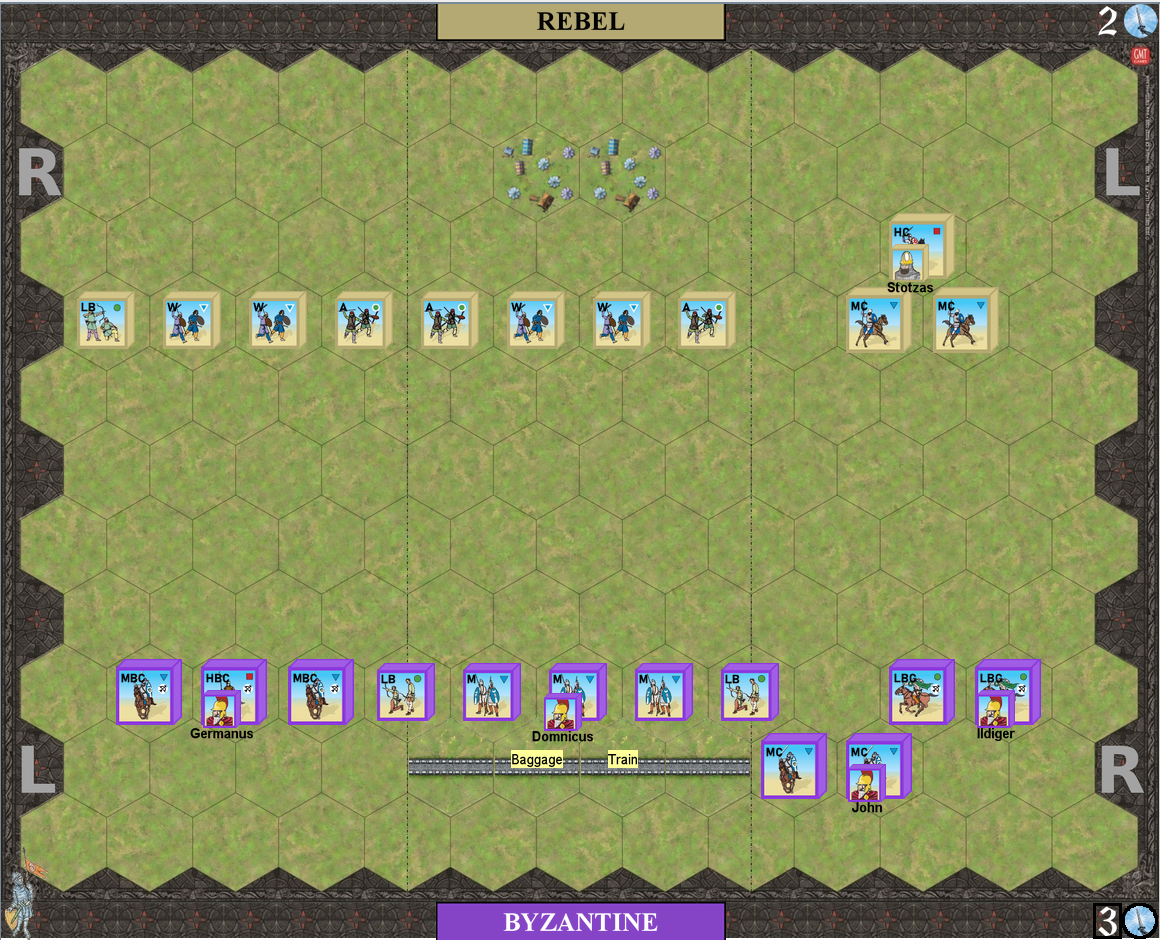 
HISTORICAL BACKGROUND
In 536 a large-scale mutiny broke out in the Roman army that had recaptured North Africa and Carthage. Belisarius himself had to come from Sicily and save Carthage. But at that point two thirds of the Roman army had joined the rebels.
Belisarius had to go back to Italy to fight the Ostrogoths, so Justinian appointed his own cousin Germanus as magister militum of the newly founded African province (praefectura praetorio Africae) to deal with the crisis.
Germanus acted very carefully. He was very cautious because he knew that the remaining loyal soldiers of the one third of the army were kinsmen or tent-mates of the rebels and had the same ideas with the rebels. Germanus managed to win over many of the rebels to his side by appearing conciliatory and paying their arrears.
Stotzas realizing that the cause of the rebellion was fading and his army would be reduced, he took the initiative and moved against Carthage hoping that the troops in the city would join him at the end.

The two armies met in the spring of 537 at a seaside place called Scalas Veteres, 35 stades (6km) south of Carthage. Several of the men in Stotzas army fled when they realized that the imperial troops remained loyal and would not join the rebellion. Stotzas had also with him a force of Moors. This force -supposedly an ally of Stotzas- was in secret negotiations with Germanus. In fact they were just waiting to see how the battle was going in order to appear on the side of the winner. Both armies distrusted them anyway and they did not play a major role in the battle.
The two armies had the same training, the same uniforms and the same type of weapons. So in the heat of the battle it was difficult to say who was with whom. The soldiers of Germanus had a password to recognize their own. It was a battle of great confusion. Finally the better disciplined and better prepared force of Germanus prevailed. The battle ended with the looting of the camp of the rebels who for a while seized the opportunity and tried to regroup and counterattack while their opponents were busy plundering but Germanus reacted decisively bringing his men back to battle positions .
Stotzas fled with some Vandals and withdrew eventually to Mauritania and after marrying the daughter of one of the rulers remained there and later became a king.