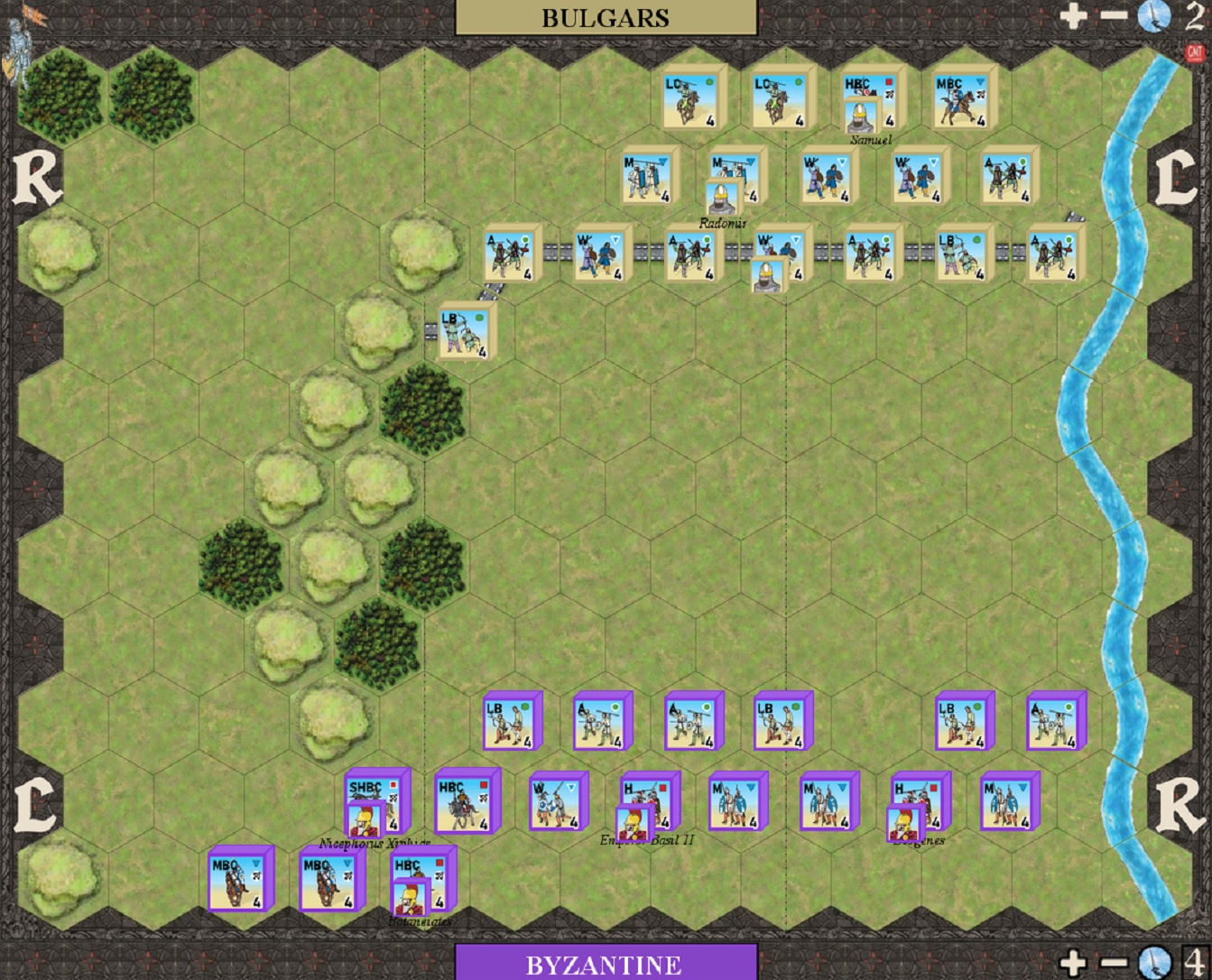 The Battle of Kleidion was the culmination of the nearly half-century struggle between the Byzantine Emperor Basil II and the Bulgarian Emperor Samuel. The Byzantine army marched from Constantinople and entered the Strumitsa valley. There the army was stopped by a thick wooden wall, defended by Bulgarian soldiers. The Byzantines attacked the palisade immediately, but were repulsed with heavy casualties. Byzantine Emperor did not abandon the attack and ordered his general Nicephorus Xiphias to manoeuvre his troops around the high Belasitsa mountain and threaten the Bulgarians from behind, while he continued the assaults on the wall. Xiphias led his troops along a steep path that led him into the Bulgarians' rear trapping them in the valley. The Bulgarians abandoned their towers to face this new threat and Basil was able to break through the front line and destroy the wall.
In the confusion of the rout, thousands of Bulgarian troops were killed and 14.000 were taken prisoniers. After the battle, Basil divided the prisoners into groups of 100 men, blinded 99 men in each group and left one man in each with one eye so that he could lead the others home. Samuel died of a heart attack reportedly due to seeing his soldiers blinded.

Special Rules:
- river is not fordable;
- hills are impossible terrain;
- the wall is rampart ( use these rules www.commandsandcolors.net/ancients/the-g...ns/1072-rampart.html )