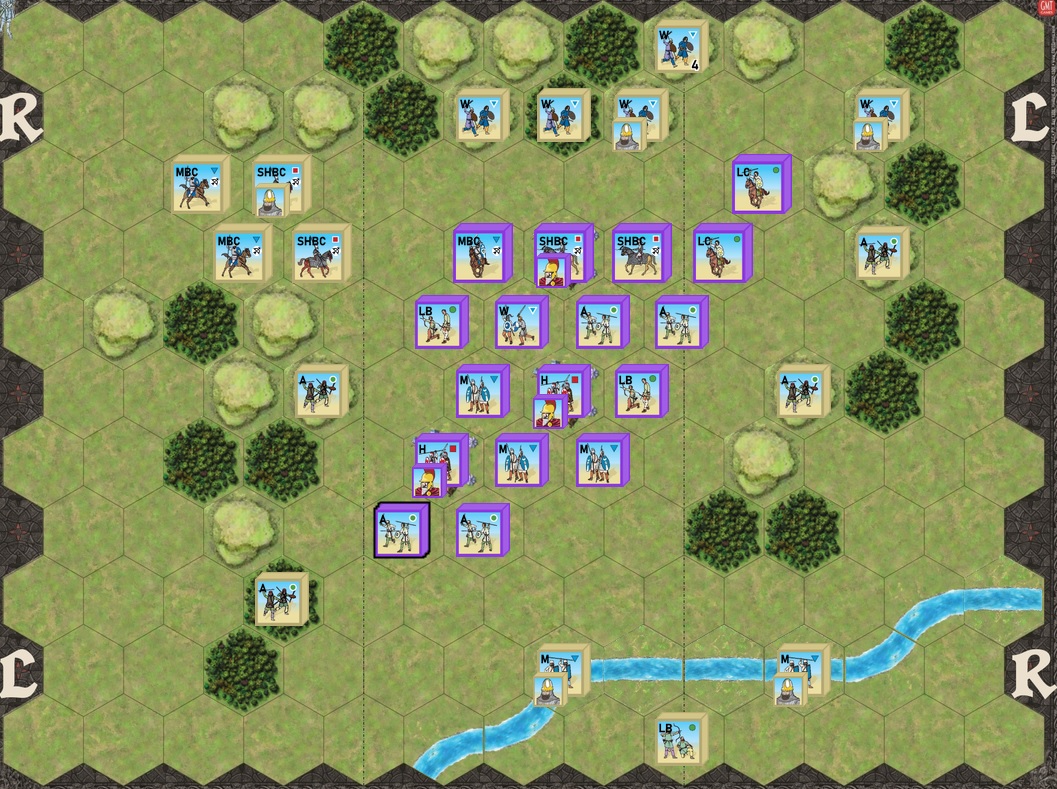 When Nicephorus I became emperor in 802, he planned to reincorporate Bulgar-held territory back into the empire. In 811, the Byzantine Emperor organised a large campaign to conquer Bulgaria once and for all. He gathered an enormous army from the Anatolian and European themata, and the imperial bodyguard (the tagmata); they were joined by a number of irregular troops who expected a swift victory and plunder. The conquest was supposed to be easy, and most of the high-ranking officials and aristocrats accompanied him, including his son Stauracius and his brother-in-law Michael I Rangabe. The whole army consisted of around 60,000 to 80,000 soldiers.
In June 811 he invaded the Bulgarian lands and marched through the Balkan passes towards the capital of Pliska. On 23 July the Byzantines captured Pliska and the city was sacked and the countryside destroyed.
While Nicephorus and his army were busy plundering the Bulgarian capital, Krum mobilized his people (including women and Avar mercenaries) to set traps and ambushes in the mountain passes. The overconfident Emperor neglected to scout ahead. On 25 July his army entered the Varbica Pass but his cavalry told him the road was barred with thick wooden walls and Krum's detachments watched from the heights around. Before they could retreat, the Bulgars blocked the valley entrance too. Nicephorus, unable to face attacking one of the palisades, simply set up camp, despite his generals' misgivings. By the third night Byzantine morale was shattered, while Bulgar troops banged their shields and taunted them. On that night the Bulgarians gathered their troops and tightened the belt around the trapped enemy. At dawn they rushed down and started to kill the panicked and totally confused Byzantines. The tagmata were the first to be attacked. The Byzantines fruitlessly resisted for a short time and perished. Upon seeing their comrades' fate, the next units immediately ran away. On their way south the Byzantine forces hit a muddy river which was difficult to cross. As they could not find a ford quickly enough, many Byzantines fell into the river. The first stalled in the mud with their horses and were trampled by those who came next…

Only few Byzantine soldiers survived the defeat. The most notable person to be killed, however, was Emperor Nicephorus, who according to historians died on a dunghill on the day of the battle. Nicephorus's son, Stauracius, was carried to safety by the Imperial bodyguard after receiving a paralyzing wound to his neck. Six months later, his wounds finally killed him. According to tradition, Krum had the Emperor's head on a spike, then lined his skull with silver and used it as a drinking cup.

Special rules: the river is fordable;