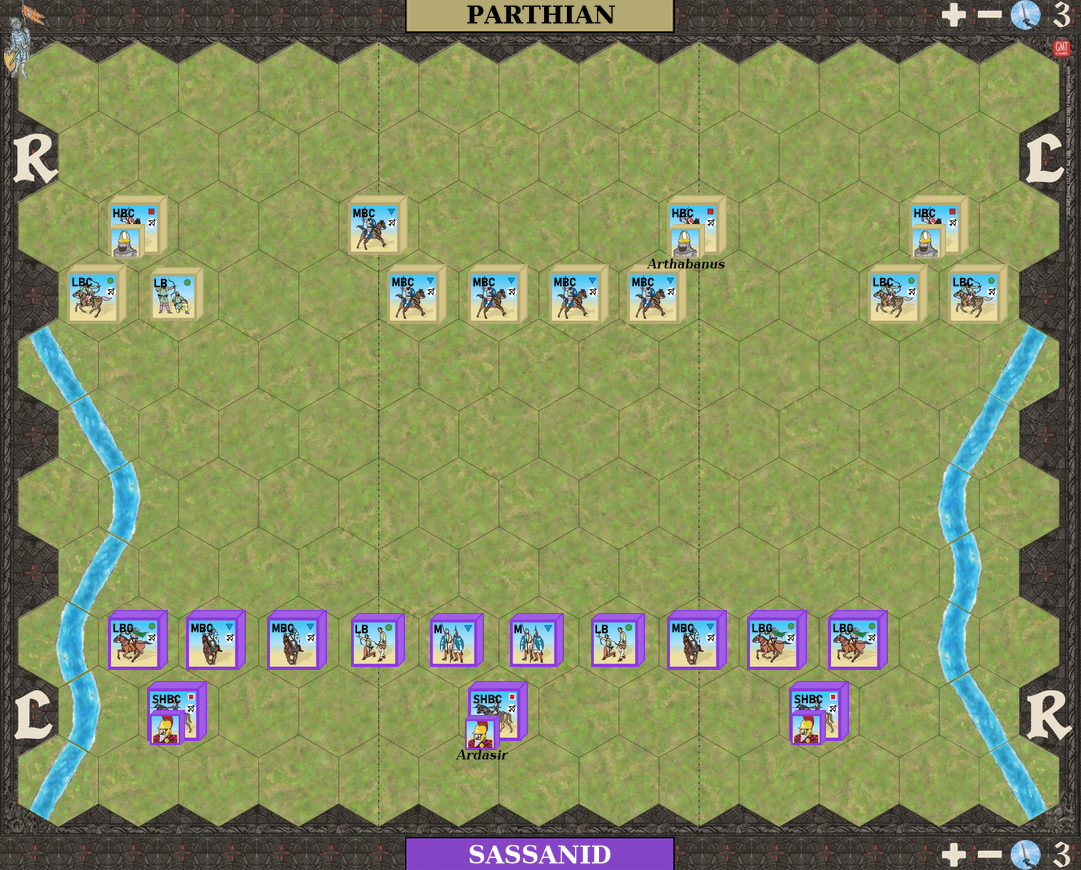 Around 208 Vologases VI succeeded his father Vologases V as king of the Arsacid Empire. He ruled as the uncontested king from 208 to 213 but afterward fell into a dynastic struggle with his brother Artabanus IV, who by 216 was in control of most of the empire, even being acknowledged as the supreme ruler by the Roman Empire. Artabanus IV soon clashed with the Roman emperor Caracalla, whose forces he managed to contain at Nisibis in 217. Peace was made between the two empires the following year, with the Arsacids keeping most of Mesopotamia. However, Artabanus IV still had to deal with his brother Vologases VI, who continued to mint coins and challenge him. The Sasanian family had meanwhile quickly risen to prominence in their native Pars and had now under prince Ardashir I began to conquer the neighboring regions and more far territories, such as Kirman. At first, Ardashir I's activities did not alarm Artabanus IV, until later, when the Arsacid king finally chose to confront him.

Less More
1 week 4 hours ago #283 by g1ul10
Replied by g1ul10 on topic GI 01 Hormozdgan 226AD
This is the remake of a scenario of Ancients, "Hormuz". The original scenario can be found here

This battle marked the start of the Sassanid empire. I changed the mix of units with respect to an early version so that the scenario can be played with the physical game.

"Today I met with a subliminal advertising executive for just a second."--Steven Wright