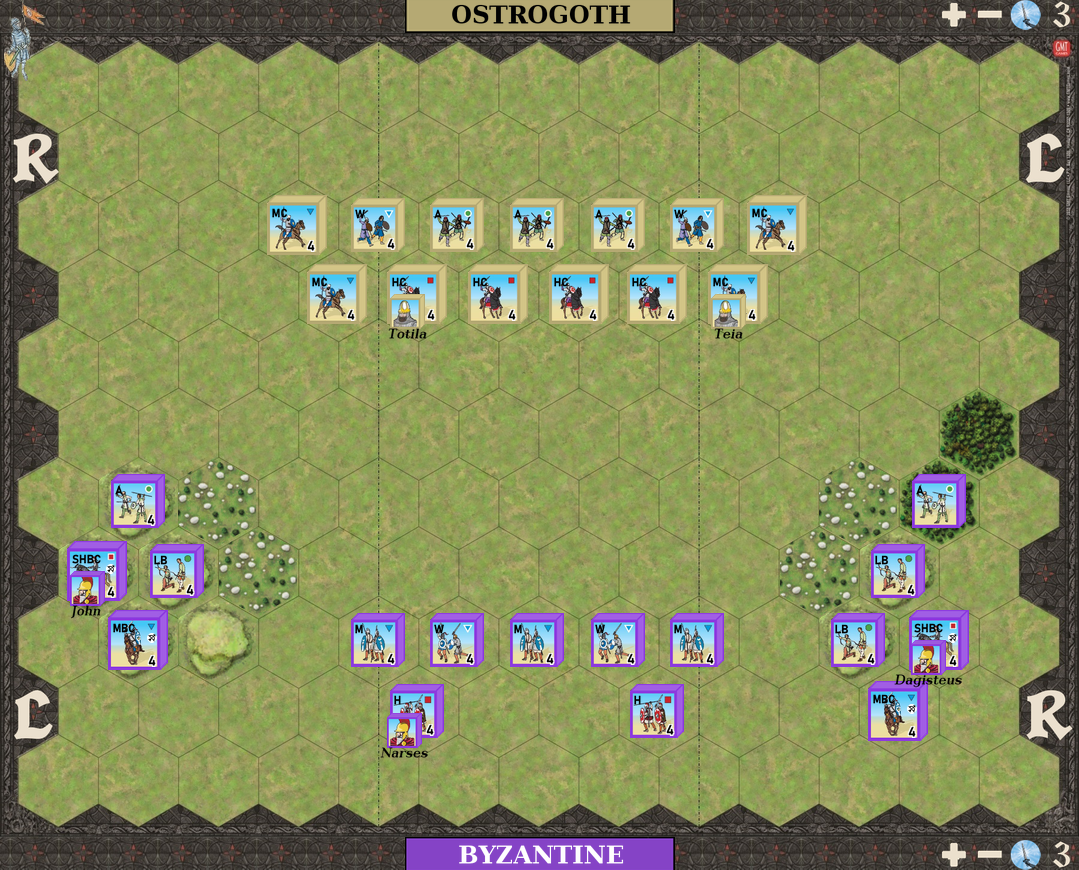 From as early as 549 the Emperor Justinian I had planned to dispatch a major army to Italy to conclude the protracted war with the Ostrogoths. The imperial chamberlain (cubicularius) Narses was appointed to command in mid 551. The following spring Narses led this Byzantine army around the coast of the Adriatic as far as Ancona and then turned inland aiming to march down the Via Flaminia to Rome. At a place known as Busta Gallorum, near the village of Taginae, the Byzantines encountered the Ostrogothic army commanded by King Totila, who had been advancing to intercept them. Although he enjoyed superiority in numbers, Narses deployed his army in a strong defensive position. In the center, he massed the large body of Germanic mercenaries dismounted in a dense formation and placed the Byzantine troops to either side.

Less More
1 week 6 days ago #276 by Peterocka41
Replied by Peterocka41 on topic GI 02 Battle of Taginae 552 AD
Had a chance to play this scenario last night. Really enjoyed it. Well designed. The way you have the initial set up really creates some tough decisions early on for both sides, which created a good amount of tension right from the beginning. The mass of Ostrogoths in the center vs the potential flanking attack of the Romans. The Ostrogoths will be very tempted (depending on cards of course) to attack hard in the middle but this could be a real trap. I also thought the use of the terrain was well done, it presents more decisions early on.

My play resulted in an Ostrogoth victory 6-3, but it was close. In fact total casualties were Byzantines 31, Ostrogoths 32. So the Ostrogoths won, but at a big price.

The Ostrogoths decide to attack the Roman Flanks with their cavalry, hoping to cover/protect an assault in the center by their main forces 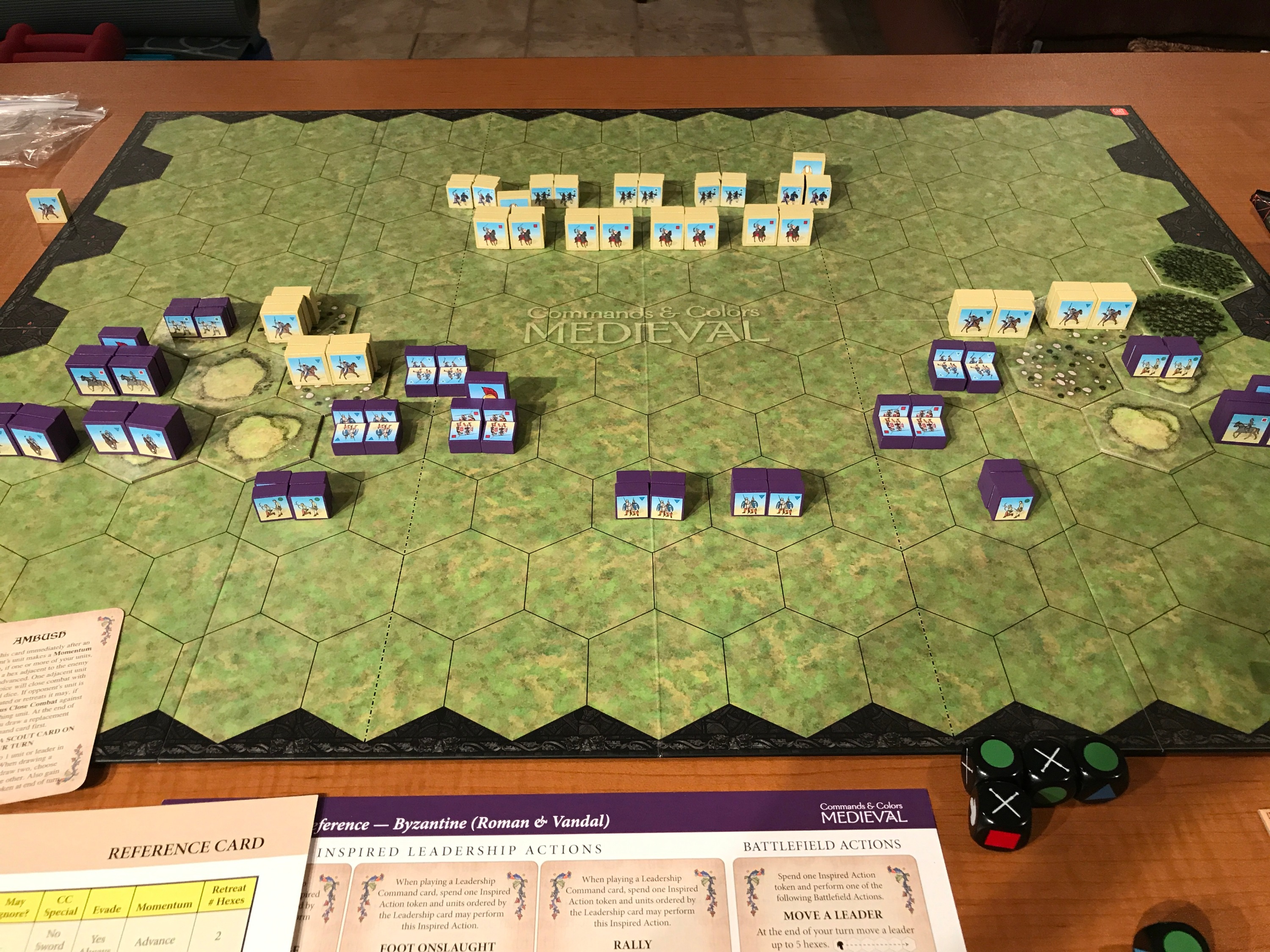 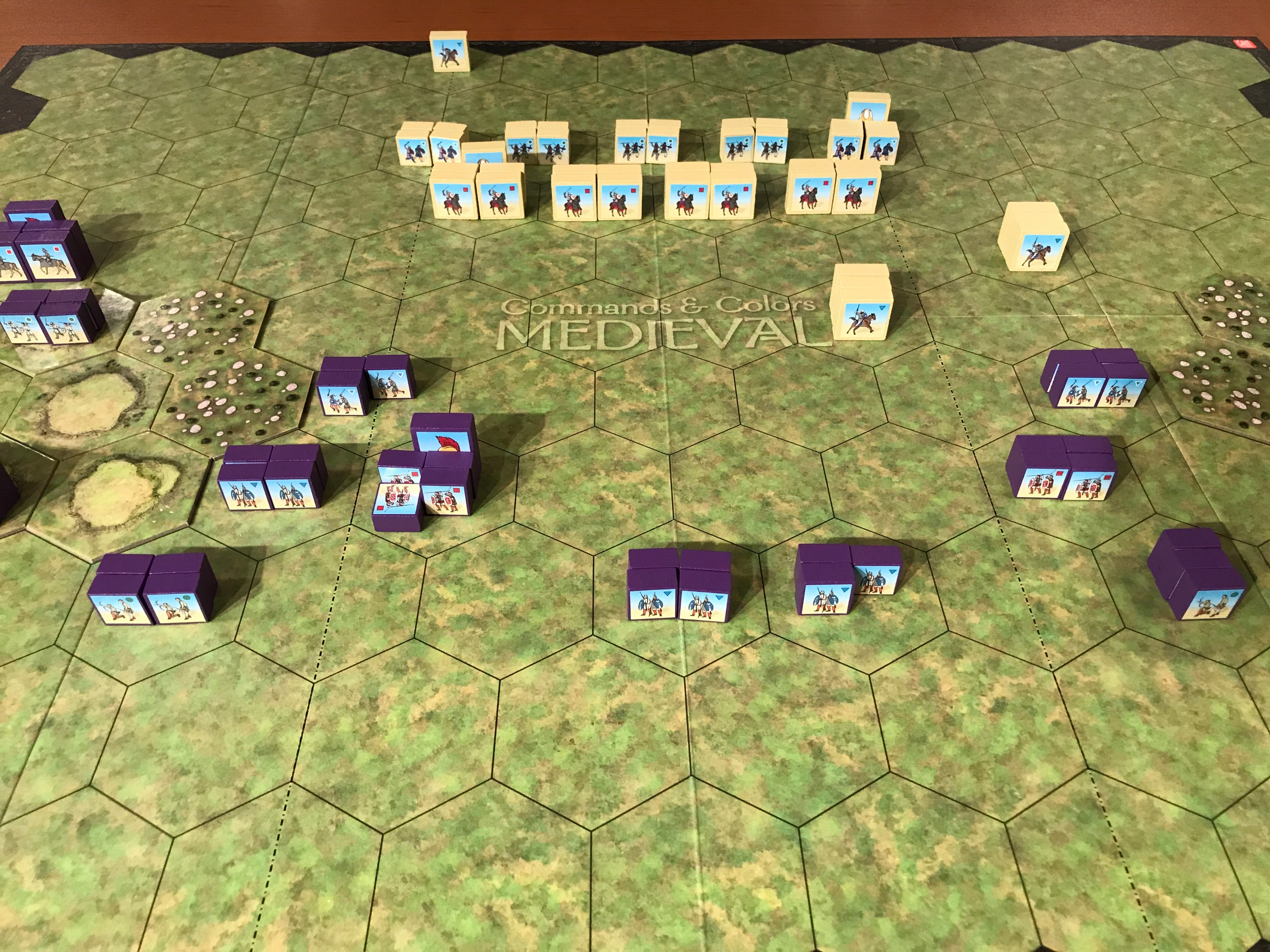 Having successfully repelled the Ostrogothic flank attack, the Roman decide to press the attack on each flank 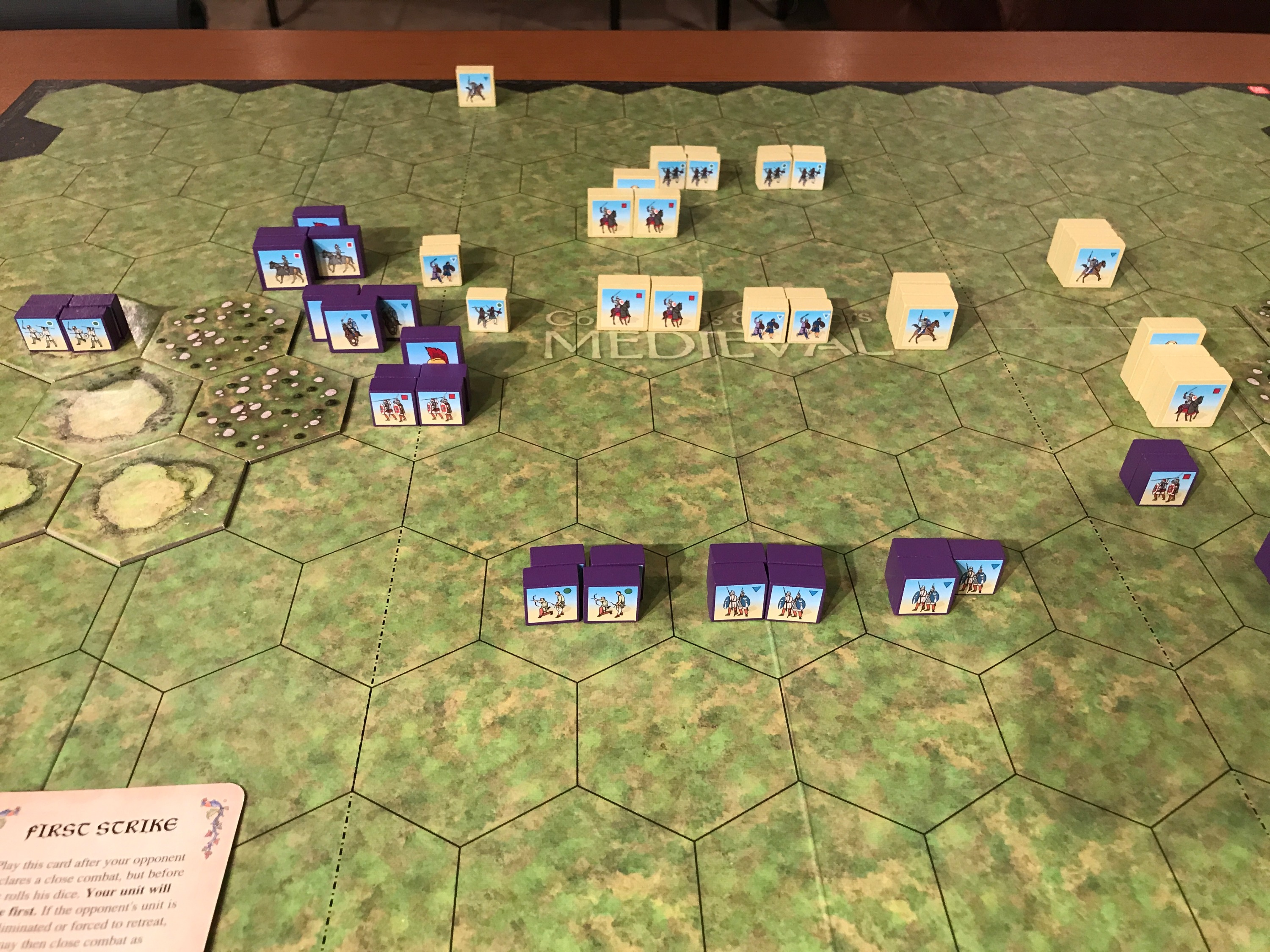 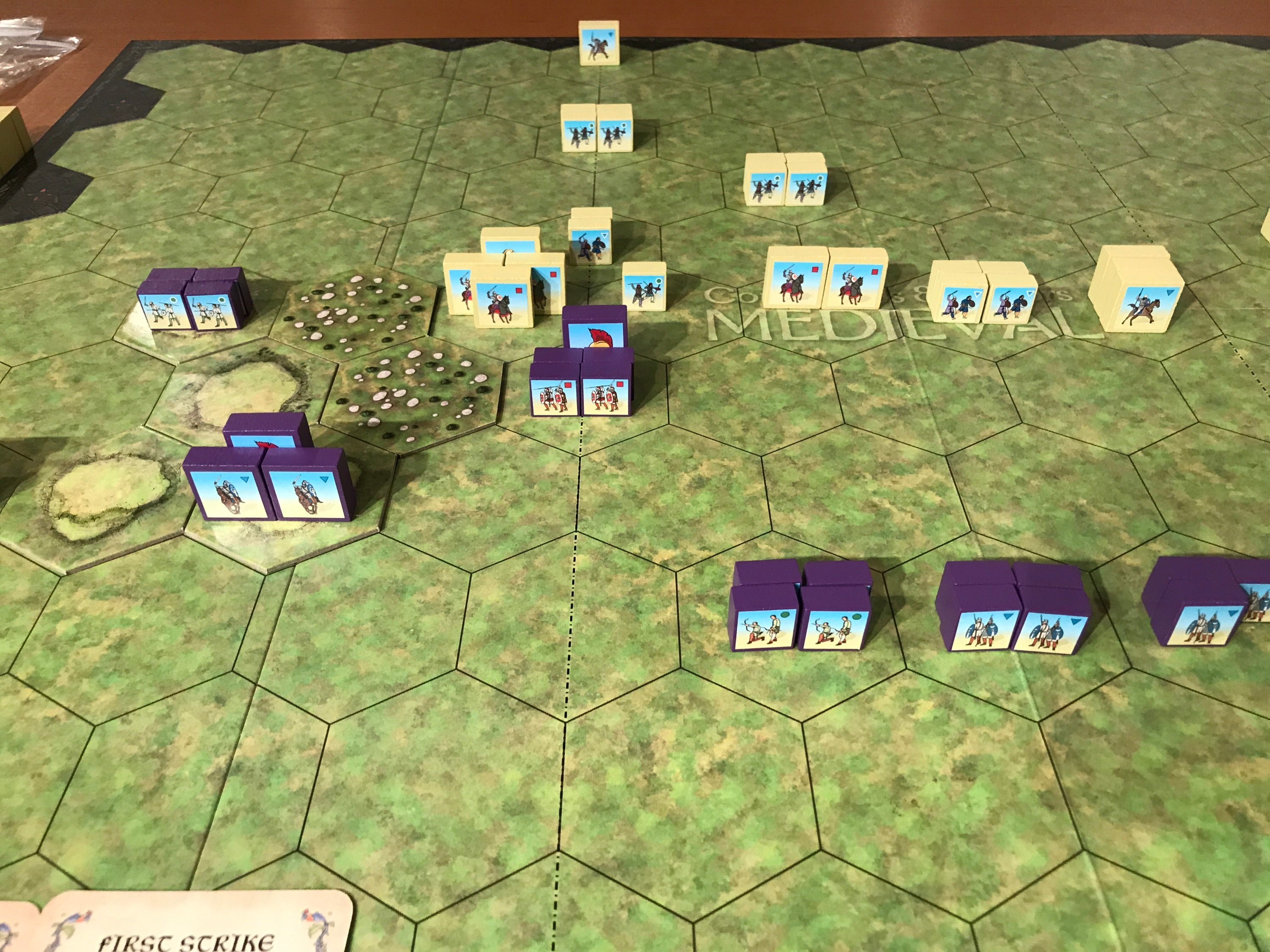 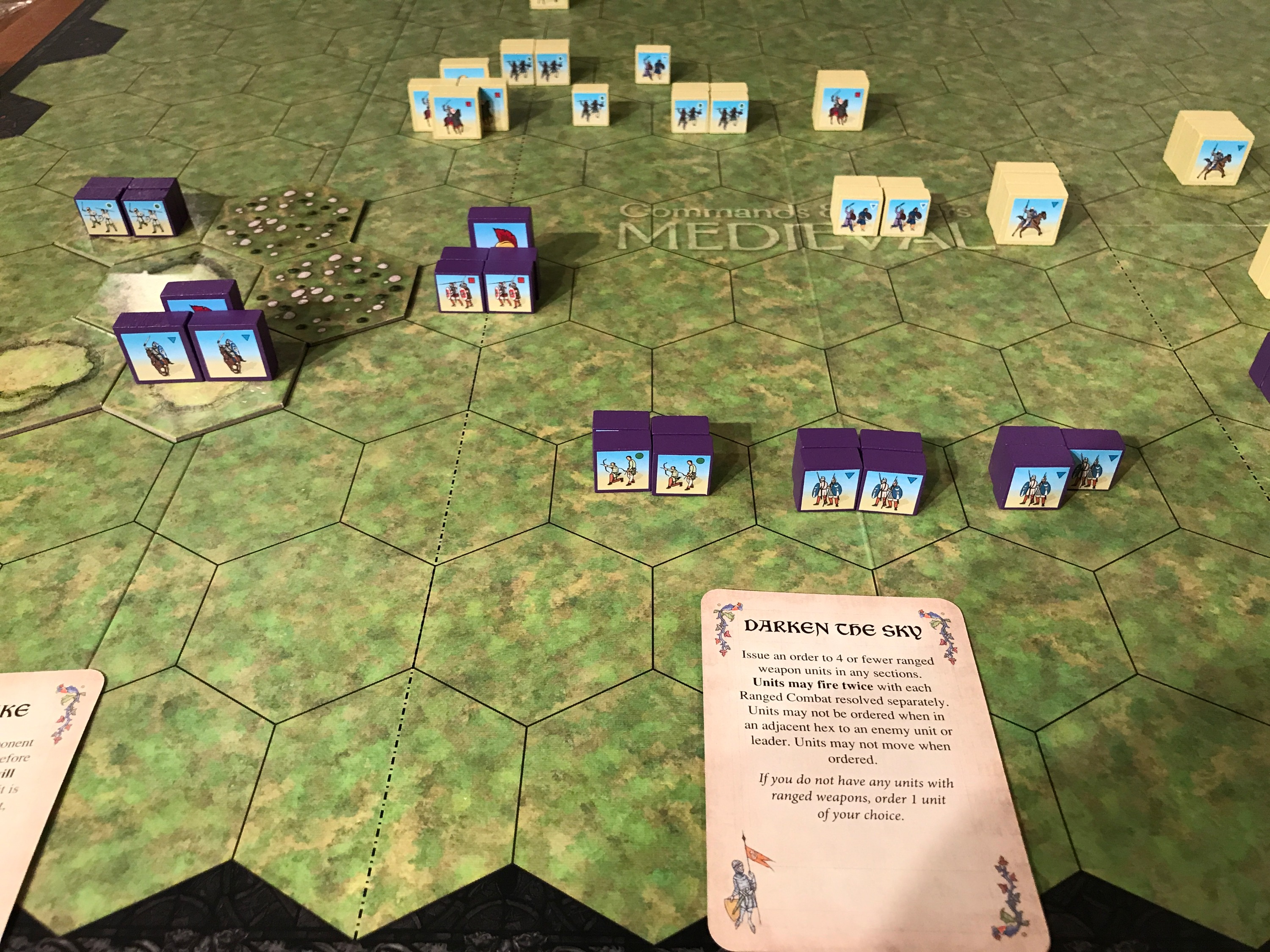 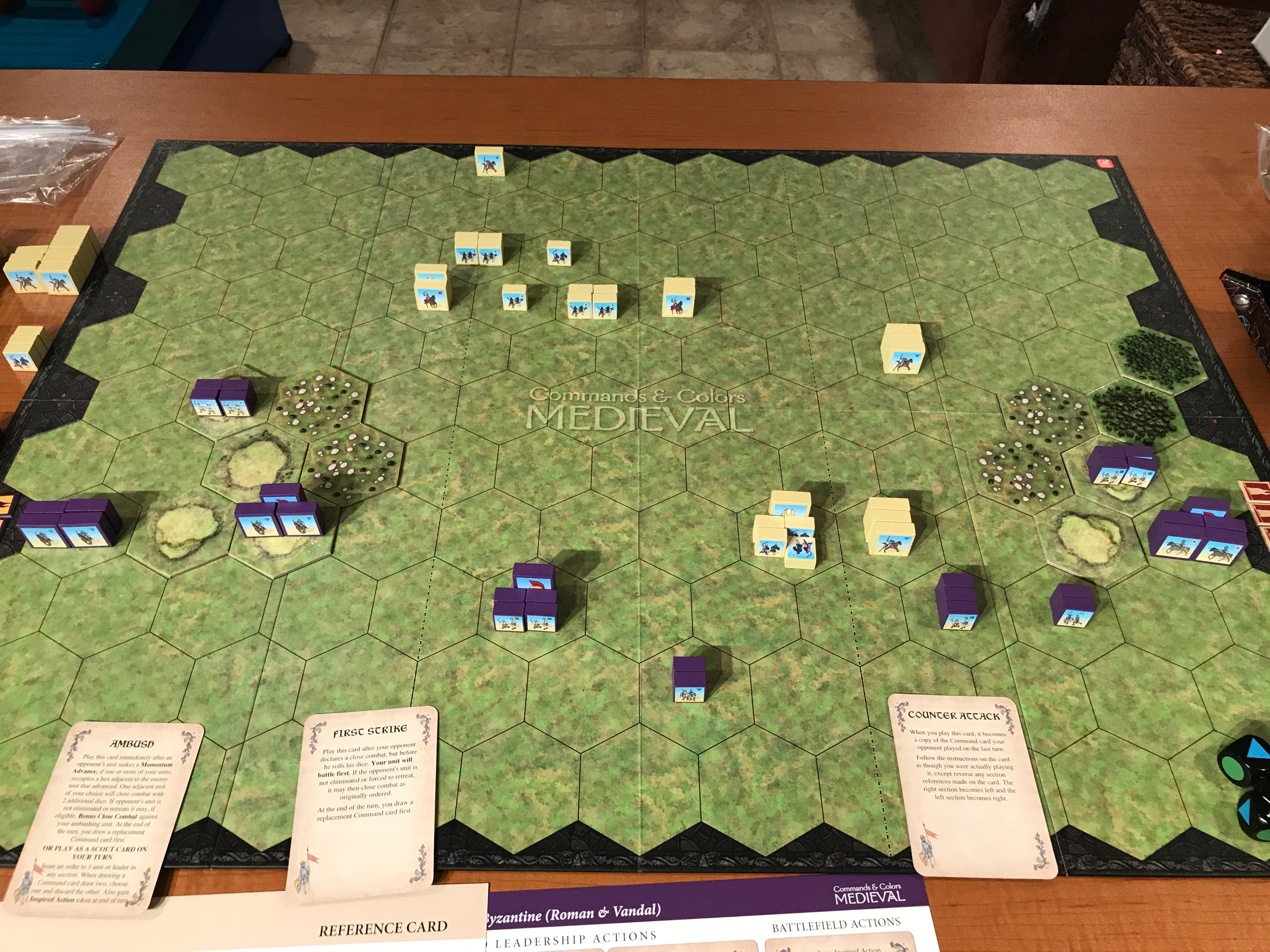 Less More
1 week 6 days ago #278 by g1ul10
Replied by g1ul10 on topic GI 02 Battle of Taginae 552 AD
Thank you for the report Peter. The Romans should rely on their missile capabilities and engage the Ostrogoth units only when weakened. At least, this was Narse's idea. It seems you played the Romans more aggressively.

Less More
1 day 16 hours ago #288 by g1ul10
Replied by g1ul10 on topic GI 02 Battle of Taginae 552 AD
Updated the image with the version I'm playtesting now. I made the Byzantine formation more compact.