Apply an appropriate flag sticker to each figure with a flag stand. 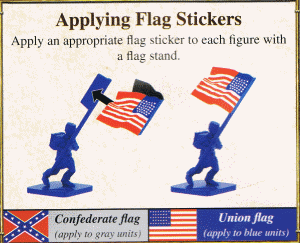 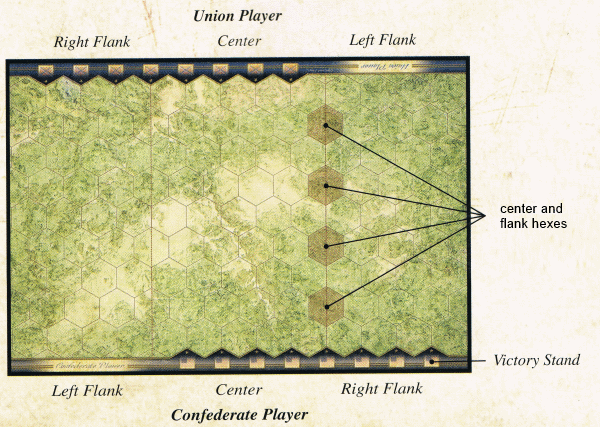 Using command cards, you’ll order your troops to move, attack, and/or do something special. There are two types of command cards: section cards and tactic cards.

When you play a section card, the card will indicate how many and which type of units you may order to move and/or battle. The card will also indicate in which section or sections of the battlefield you may issue orders. 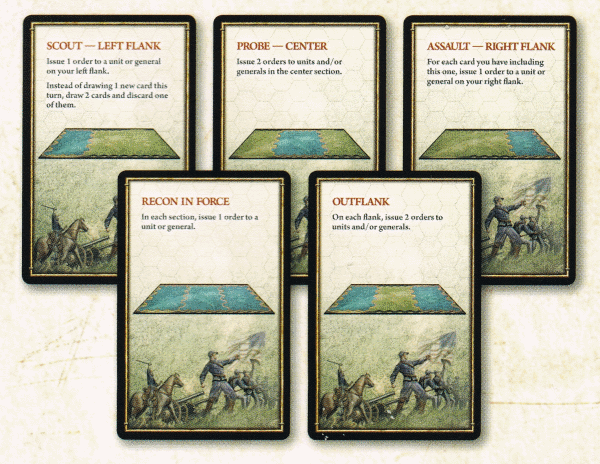 Tactic cards feature special rules that enable units to move and/or battle in unique ways or that create other effects as noted in the text of the card. 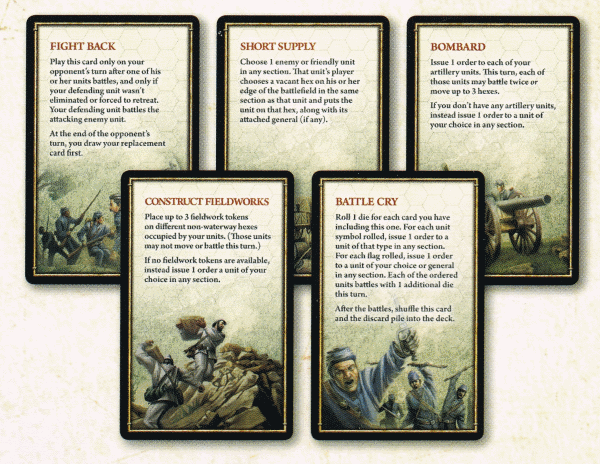 You’ll roll a variable number of dice to resolve battles. The dice are custom made for this game and have the following 6 sides: