Historical Overview
The Battle of Natural Bridge was fought during the American Civil War in what is now Woodville, Florida near Tallahassee on March 6, 1865. As people in Tallahassee tell the story, handed down since the civil war, a small band of Confederate troops and volunteers, mostly composed of teenagers from the nearby Florida Military and Collegiate Institute that would later become Florida State University, and the elderly, protected by breastworks, prevented a detachment of United States Colored Troops from crossing the Natural Bridge on the St. Marks River.
The stage is set, the battle lines are drawn, and you are in command. The rest is history. 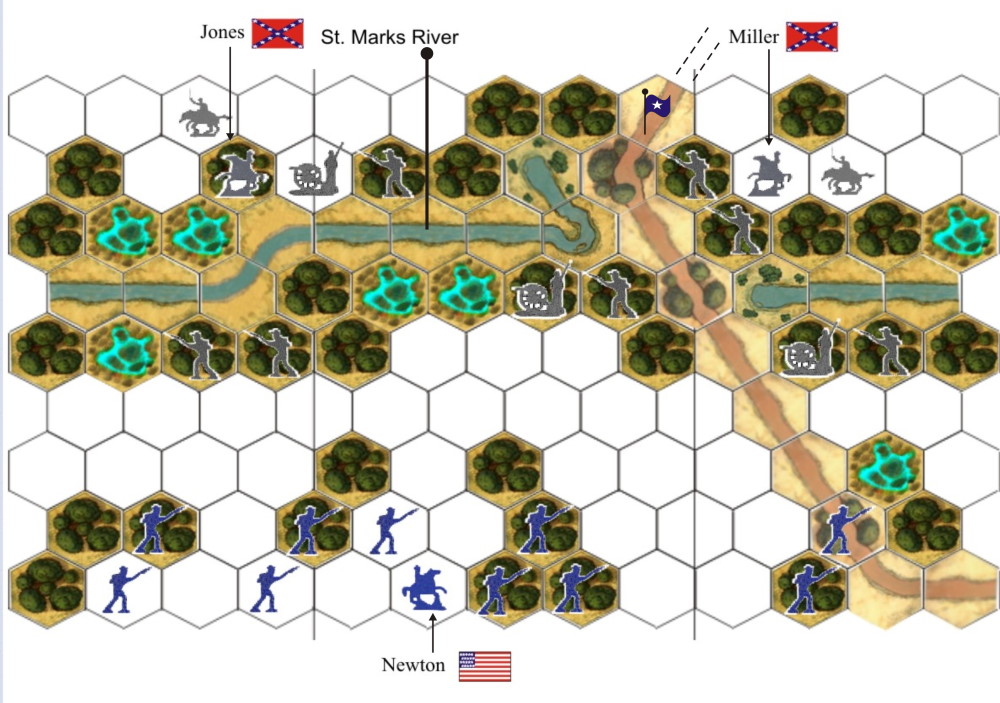