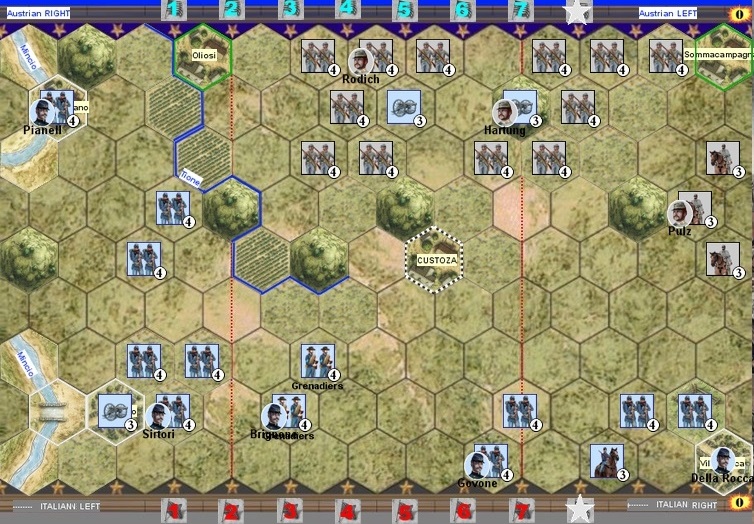 Special Rules
Two Italian infantry units represent the Grenadiers' brigades: these units can move two hexes but may not move and battle in the same turn.

Italian infantry unit in Monzamabano represent Pianell's 2nd Division. Player may use them only after his/her fifth "Draw a Command Card" phase.

To reproduce the prodigious amount of coordinated assaults on the formidable hilltop positions in this scenario the "crossed-sword" dice result only scores one hit only if the infantry attacking unit is adjacent to the enemy.

Custoza is an hilltop village: unit defending it receive a double benefit.

The Tione stream is fordable.