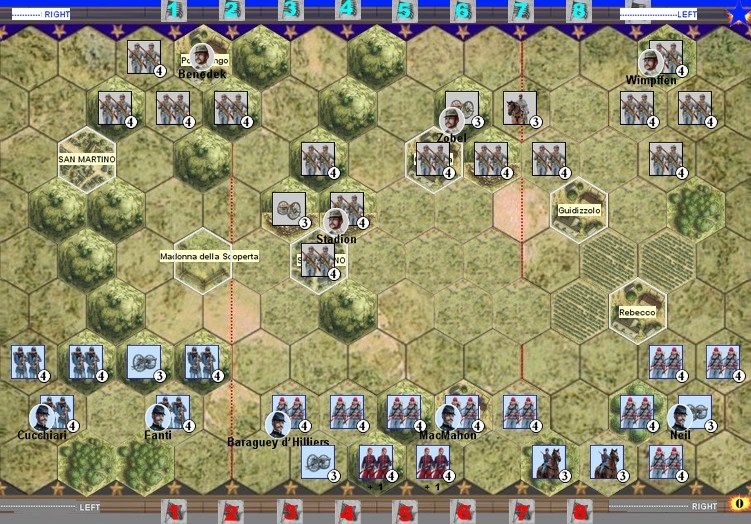 Special Rules
- The powerful French units with five miniatures at the bottom of French Army's side represent the divisions of the Imperial Guard: these infantry units can move two hexes but may not move and battle in the same turn. Player may use them only after his/her fourth "Draw a Command Card" phase.
- Solferino, San Martino and Cavriana hexes are hilltop villages: unit defending a hilltop village receive a double benefit.
- Cultivated areas don't block the line of sight.
- Repeated assaults by massed infantry for hours: to reproduce the prodigious amount of coordinated assaults on the formidable San Martino / Solferino / Cavriana strong positions in this scenario the "crossed-sword" dice result only scores one hit only if the attacking formation is adjacent to the enemy.